Dec 19, 2019
Korean-American Family Drama to Compete in US Dramatic Competition in Park City 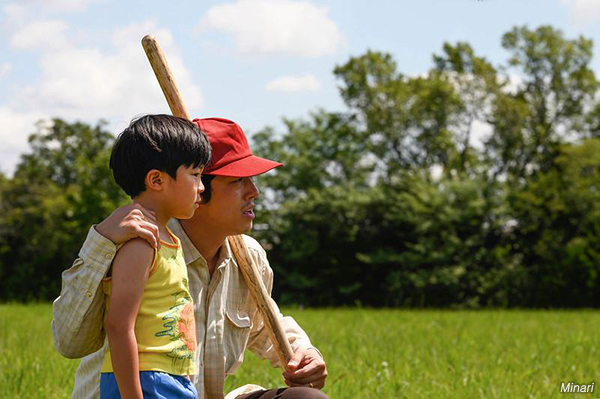 Minari, a new American film directed by Lee Isaac CHUNG, produced by Hollywood star Steven YEUN and starring YEUN as well as Korean actors YOUN Yuh-jung and HAN Ye-ri, has been selected to compete in the U.S. Dramatic Competition at next month’s Sundance Film Festival.
The drama focuses on a Korean family that moves in the 1980s to Arkansas to start a farm. The film is the fourth feature by Korean-American director Lee Isaac CHUNG, whose previous credits include Munyurangabo, Lucky Life and Abigail Harm.
After breaking out as part of the main cast of the hit AMC TV series The Walking Dead, Steven YEUN has appeared in several major works in both Hollywood and Korea, including BONG Joon-ho’s Netflix-backed Okja (2017) and LEE Chang-dong’s BURNING last year.
A screen legend in Korea, YOUN has been active since the 1970s when she worked with director KIM Ki-young on several films including Woman of Fire (1971). More recently she has appeared in films by Hong Sangsoo (In Another Country, 2012), E J-yong (The Bacchus Lady, 2016) and IM Sang-soo (The Housemaid, 2010).
Meanwhile HAN Ye-ri is known for her commercial outings such as ILLANG : THE WOLF BRIGADE (2018) and KUNDO : Age of the Rampant (2014) as well as her indie works with directors ZHANG Lu (A Quiet Dream, 2016) and KIM Jong-kwan (Worst Woman, 2016).
Beyond its cast, Minari is also drawing attention for the notable film production companies behind it, Plan B Entertainment and A24.
Any copying, republication or redistribution of KOFIC's content is prohibited without prior consent of KOFIC.
Related People Related Films Related News