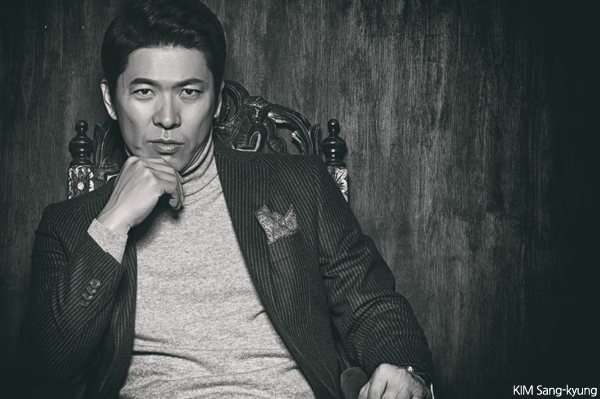 Actors KIM Sang-kyung, HEO Seong-tae, PARK Sun-young and KIM Dong-young have assembled for the upcoming period noir mystery-thriller Namsan, Poet Murder Incident (translated title). From director KO Myoung-sung, the film kicked off production on September 15.
Set shortly after the end of the Korean War in 1953 in the Myeongdong neighborhood of Seoul, Namsan, Poet Murder Incident follows a criminal investigation into the murder of a poet that took place at the Oriental Café. The search for the killer centers on ten suspects, from the detective in charge of the case (KIM Sang-kyung) to the boss (HEO Seong-tae), the madame (PARK Sun-young) and a regular customer (KIM Dong-young) of the Oriental Café.
Most well-known for his role as one of the lead detectives in BONG Joon-ho’s Memories Of Murder (2003), KIM Sang-kyung was seen in both the mystery-thriller The Vanished and the period romantic comedy The Princess and the Matchmaker this year. Character actor HEO Seong-tae has appeared in several notable titles of late, including THE OUTLAWS (2017), The Swindlers (2017) and The Fortress (2017).
PARK Sun-young also featured in The Princess and the Matchmaker as well as last year’s North Korea-themed action spy drama Steel Rain (2017), while KIM Dong-young starred in the black comedy-thriller Room No.7 (2017), the closing film of last year’s Bucheon International Fantastic Film Festival (BIFAN) and this year’s hit Drug War remake Believer.
This project will mark the first feature outing for director KO Myoung-sung, who previously helmed the short film As the Sun Sets (2014). Namsan, Poet Murder Incident will work towards a theatrical release at some point in 2019.
Any copying, republication or redistribution of KOFIC's content is prohibited without prior consent of KOFIC.
Related People Related Films Related Company