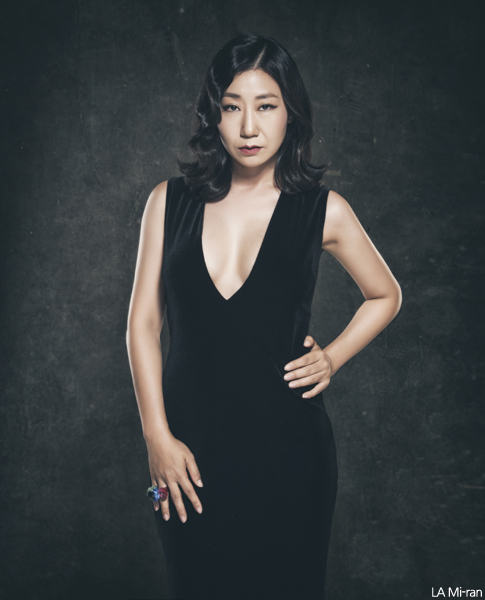 Top character actress LA Mi-ran has signed on to the crime comedy Girl Cops (Korean title), which will mark her first leading role on the big screen. The film will make the sophomore directing outing of JUNG Da-won
The project will follow an ex-detective who begins to work at a public service center following her marriage. When one of the women who the public service center commits suicide after becoming the victim of a ‘revenge porn’ act, the ex-detective takes on the case. Revenge porn refers to an ex-partner who releases pornographic material of a former lover online in an act of revenge.
LA has been an extremely active character actress, sometimes appearing in six titles per year. Most recently she appeared in The Mayor (2017) and ORDINARY PERSON (2017) last year, while also stacking up numerous TV credits. She also has several projects in post-production, including BYUN Daniel H.’s High Society and KANG Hyo-jin’s The Man Inside.
Director debuted with Garak Market Revolution in 2016 and has worked as an actor in several productions such as KANG Hyoung- Tazza-The Hidden Card (2014) and CHO Sung-kyu’s Guest House while sales serving as a production assistant on the Hong  films Our Sunhi (2013) and Hill of Freedom (2014).
Girl Cops will complete casting and preparations before starting production in July.
Any copying, republication or redistribution of KOFIC's content is prohibited without prior consent of KOFIC.
Related People Related Films