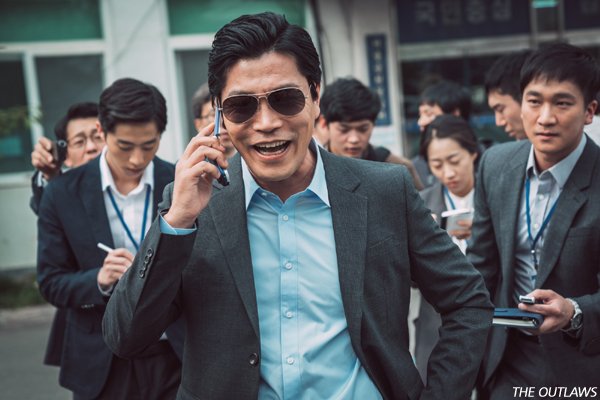 Rising star CHOI Gwi- has joined the period drama Jo--gong-gal-pe (Korean title). Stars SON Hyun- and CHO Jin- have already signed on to appear in the latest work from director KIM Joo-ho, which takes place in the Joseon Dynasty and focuses on a group that manipulates the media.
CHOI Gwi- is hot off his breakout year last year, which saw him draw acclaim for his roles in two hit titles, the political drama A Taxi Driver (2017) and the gangster thriller THE OUTLAWS (2017). He most recently featured in the military investigation drama The Discloser.
Meanwhile, CHO Jin- of A Hard Day (2014) will have a busy year ahead, which already includes leading roles in LEE Hae-young’s Drug War remake and YOON Jong-bin’s North Korean drama The Spy from the North. Hide and Seek (2013) star SON Hyun- was last seen in the 1980s investigative thriller ORDINARY PERSON (2017).
Director KIM previous film The Grand Heist was a major hit in the summer of 2012 when it drew 4.91 million viewers (USD 32.46 million). He is also known for working on the scripts for Secret Reunion (2010) and Chronicle of a Blood Merchant (2015).
Jo--gong-gal-pe is set to kick off filming on March 31.
Any copying, republication or redistribution of KOFIC's content is prohibited without prior consent of KOFIC.
Related People Related Films Related News