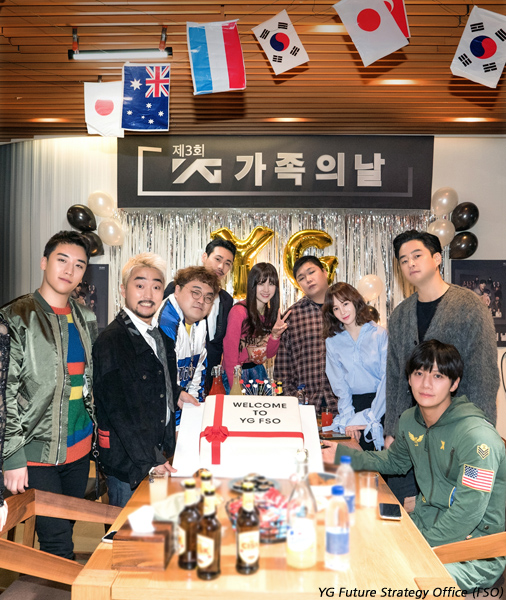 Korea’s leading management agency YG Entertainment and global streaming giant Netflix announced the launch of Netflix original sitcom series, YG Future Strategy Office (FSO). In this comedy drama, a fictionalized version of the YG office will serve as the background setting for real characters and real events. It will feature YG entertainers, including BIGBANG’s SEUNG Ri, YOO Byung-jae, Dae-sung and Sandara PARK, as well as members of iKON, Winner and Blackpink. SEUNG Ri will play a go-getter who wants to be the number one artist in YG. However, after being relegated to the worst department, the Future Strategy Office, he dreams to save YG Entertainment from trouble and bounce back successfully. Other cast members will make guest appearances. YG FSO will consist of eight episodes and be available only on Netflix. The show is expected to be released this year but the premier date has not yet been revealed.
PARK Joon-soo, who is known for mockumentaries such as The God of Music (2012, 2016), Enemy of Broadcasting (2013) and UV Syndrome Begins (2010) will direct the series. In addition, the show is being written by KIM Min-seok, who teamed up with producer PARK in Enemy of Broadcasting. “We are looking forward to it being introduced in 190 countries around the world.” said PARK adding, “We plan on introducing more quality entertainment content that many people can enjoy.” “We are excited to team up with YG Entertainment to introduce YG FSO,” said Erik Barmack, Vice President of International Original Series at Netflix. “We will continue to bring great Korean content for our viewers around the world to enjoy.”
Any copying, republication or redistribution of KOFIC's content is prohibited without prior consent of KOFIC.
Related People Related Company Related News