Aug 24, 2017
Screenplay Currently in Development Aiming to Go Into Production Early Next Year 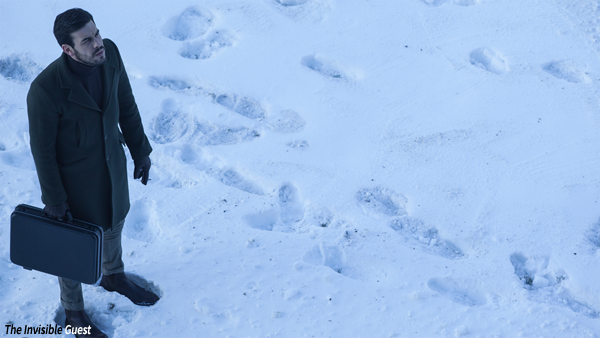 Spanish mystery thriller The Invisible Guest is getting a Korean remake. “The Invisible Guest will be remade into a Korean version before its release.” Double Enjoy Pictures, an importer of the film, said on August 10th. Realies Pictures, producer of films such as Masquerade (2012) which brought in 12 million moviegoers, and upcoming fantasy Along with the Gods, will remake the original thriller. “It is a captivating movie with a good story, appealing characters and brilliant twists.” CEO of Realies Pictures, WON Dong-yeon said about the original film, adding “It also ticks all the boxes for Korean audiences such as a solid structure, unpredictable story lines and paternal love.” The local remake is currently undergoing script development with the goal of beginning production early next year.
The Invisible Guest is about a man named Adrian who loses his lover and has been charged for her murder. After covering up a car accident, Adrian finds it is linked to this murder, so he tries to prove his innocence within the final three hours remaining for him. Spanish young director Oriol Paulo showed an aptitude for the thriller genre in his previous film The Body which centers around the missing body of a dead wife. The Invisible Guest was well received by local viewers in the Midnight Cinema of the 18th JeonJu International Film Festival. It topped Spain’s box office and is schedule to be released domestically on September 21st.
Any copying, republication or redistribution of KOFIC's content is prohibited without prior consent of KOFIC.
Related People Related Films Related Company Related News