May 09, 2016
Jake Gyllenhaal, Tilda Swinton and Paul Dano to Star 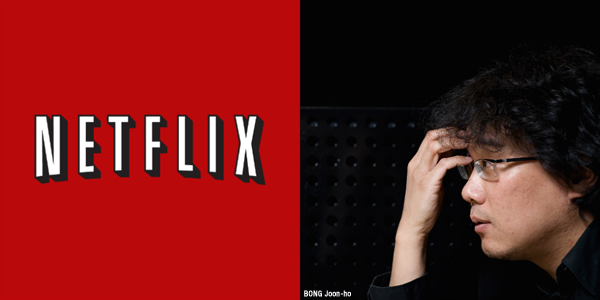 Following months of speculation surrounding the casting and details of BONG Joon-ho’s latest film, Netflix officially announced last month that production has begun on Okja in Korea and that Tilda Swinton, Jake Gyllenhaal and Paul Dano are all on board. The film is being produced by Plan B, Lewis Pictures and Kate Street Picture Company.

In a statement, BONG relayed that "With Okja I want to show the beauty that can exist between man and animal, and also the horror between them.” BONG wrote the film with the help of Frank (2014) scribe Jon Ronson. It follows a young girl called Mija who puts everything on the line to stop a global conglomerate from her friend Okja, an enormous animal. Following extensive auditions, newcomer AHN Seo-hyun was cast as Mija.

Other confirmed international cast members include Lily Collins of Mirror, Mirror (2012), The Walking Dead’s Steven YEUN, Devon Bostick of The 100, Shirley Henderson (Anna Karenina, 2012) and Daniel Henshall (The Babadook, 2014). On the Korean side, BONG has brought on previous collaborators such as BYUN Hee-bong (The Host, 2006) and YOON Je-moon (Mother, 2009) as well as CHOI Woo-shik (Set Me Free, 2014).

Following the Korean portion of its shoot, Okja will move to Canada and the US. The film will be shot in both English and Korean. Brad Pitt, Dede Gardner, Jeremy Kleiner, Kim Lewis, CHOI Doo-ho, SEO Woo-sik and BONG Joon-ho are producing the film.

Netflix will premiere Okja globally in 2017 and is also planning a limited day and date theatrical release in the US. The company is currently looking for theatrical partners to plan similar releases around the world, including Korea.