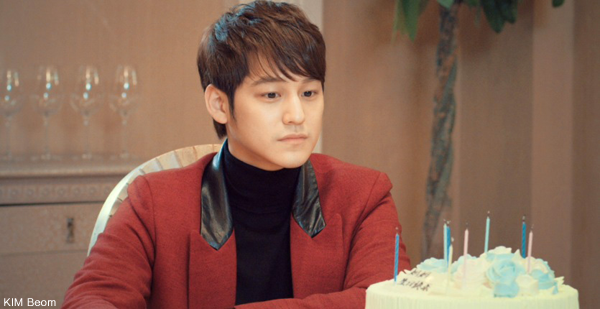 KIM Beom, a Korean Wave star who has enjoyed a great popularity in TV dramas like Boys over Flower (2009) and That Winter, Wind Blows (2013), took the lead role in a Chinese film Lovers & Movies, to be released in Korea in March.
Lovers & Movies is a romantic comedy featuring a group of different couples like a popular movie star Lin Joon and his ardent fan Jiameng; a middle aged divorcee raising her son on her own and Yao who has been in love with her for more than 10 years now; and Siyu who dreams of a theater date and Yushi who hates to go to a movie theater.
This film is produced by Zhejiang Dongyang April Day Entertainment Co. Ltd, whose filmography includes The Fox Lover (2013), a fantasy action thriller, and Impetuous Love in Action (2014), a romantic comedy.
The director is NIU Chaoyang who also directed and wrote script for The Fox Lover, and Francis NG, YU Nan, and Simon YAM also appear in the film. KIM is the only Korean actor, playing Lin Joon, a big movie star who lives a seemingly wonderful life but is in fact very lonely. This film was released in China on April 30th last year and earned CNY 9.07 million.
KIM appeared in films like Death Bell (2008) and The Gifted Hands (2013). After establishing his presence in China through Korean TV dramas, he appeared in Chinese films including TSUI Hark’s Young Detective Dee: Rise of the Sea Dragon (2013) and The Beloved (2015), a thriller. It is the second time that KIM’s Chinese film is released in Korea.