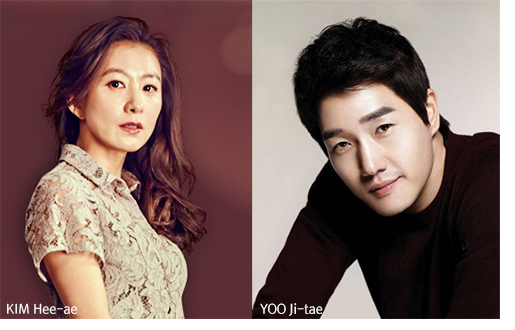 For its upcoming 19th edition, the Busan International Film Festival (BIFF) is set to introduce a new pair of acting prizes to be given to performers selected across the Korean films presented in the New Currents and Korean Cinema Today – Visions sections.
Each year, the conferral of the awards will be left to a selected pair of prominent actors and actresses. For the inaugural edition of the prizes, the jurors will KIM Hee-ae and YOO Ji-tae. Veteran actress KIM is a TV drama star who returned to the silver screen for this year’s Thread of Lies, 21 years after appearing in The 101st Proposition. Popular star YOO has been well known to local and international audiences following his unforgettable performances in HUR Jin-ho’s One Fine Spring Day (2001) and PARK Chan-wook’s Oldboy (2003). He also debuted as a director at BIFF in 2012 with Mai Ratima.
Awardees will also receive KRW 5 million (USD 4,929) cash prizes, which will be presented during the closing ceremony on October 11th. The awards follow a number of young Korean stars that made their big debuts at the illustrious Korean film jubilee. These include HA Jung-woo, who came to BIFF in 2005 with The Unforgiven, Bleak Night’s LEE Je-hoon and Re-encounter’s YOO Da-in in 2010, and last year’s Han Gong-ju star CHUN Woo-hee.
This year’s BIFF will take place from October 3rd to 12th.
Any copying, republication or redistribution of KOFIC's content is prohibited without prior consent of KOFIC.
Related People Related Films Related Company Related News