YOO Ah-in and MOON Geun-young Confirmed for THE THRONE 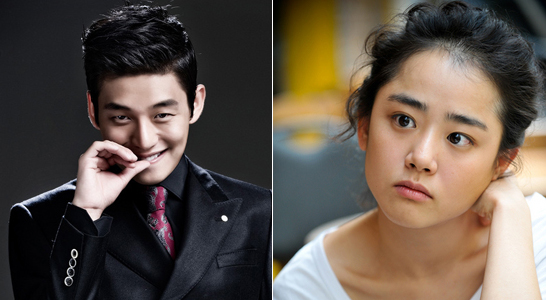 The period drama The Throne is quickly shaping up to be one of next year’s biggest offerings as stars YOO Ah-in and MOON Geun-young joined the already announced SONG Kang-ho in the LEE Joon-ik picture.
In the film, YOO will appear as Sado, the crown prince who sentenced to a gruesome death by his own father, King Yeongjo played by SONG. Coincidentally, the famous story is alluded to in the current blockbuster hit The Fatal Encounter which stars Hyun Bin as King Jeongjo, the son of Sado.
YOO, the star on 2011’s Punch and last year’s Tough as Iron, is currently in the middle of shooting RYOO Seung-wan’s Veteran alongside HWANG Jung-min. Meanwhile, MOON makes her long-awaited return to the big screen. Though active on television, she has not appeared in a film since 2006’s Love Me Not.
The first cast member attached, SONG chose The Throne as his return project following his blockbuster 2013, which saw him appear in three of the four most popular Korean films of the year (Snowpiercer, The Face Reader and The Attorney). Director LEE returns to big budget filmmaking after the award-winning Hope. He previously made the period hit King and the Clown (2005).
The Throne, which will be distributed by Showbox/Mediaplex, being production in July.
Any copying, republication or redistribution of KOFIC's content is prohibited without prior consent of KOFIC.
Related People Related Films Related News