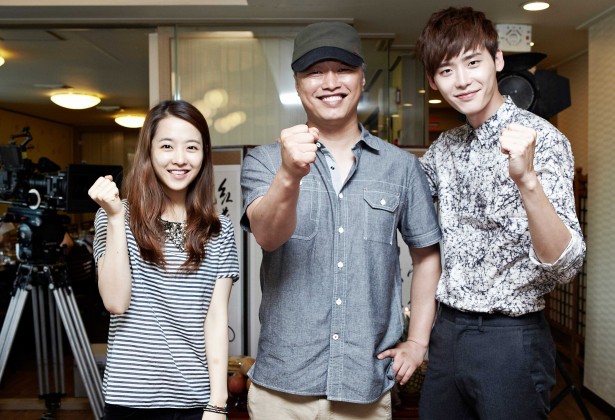 Running Turtle director LEE Yeon-woo is at the helm of a new film which began production earlier this month. Blood Boiling Youth (literal title) is a romantic comedy pairing two of Korea’s most popular young stars, PARK Bo-young and LEE Jong-suk.
PARK Bo-young, who has been active on the big and small screen for several years, became of nationwide sensation following a pair of leading roles in last year’s fantasy melodrama A Werewolf Boy and the K-horror Don’t Click. LEE Jong-suk had similar success last year with the films As One and Soar into the Sun. He will also be seen alongside SONG Kang-ho in next month’s period drama The Face Reader.
LEE Yeon-woo made his debut as a filmmaker with the comedy 2424 in 2002 but it wasn’t until 2009 that his reputation as a director was sealed. His 2009 sophomore feature Running Turtle starred KIM Yun-seok and wound up with just over three million admissions at the local box office.
Set in a small village by the seaside, the film will detail the lives of four youths circa the 1980s. Both playing against type, LEE will take on the role of playboy Joong-gil while PARK will incarnate the punk Yeong-sook. Damso Film is in charge of production and will release the film in the first half of next year.
Any copying, republication or redistribution of KOFIC's content is prohibited without prior consent of KOFIC.
Related People Related Films