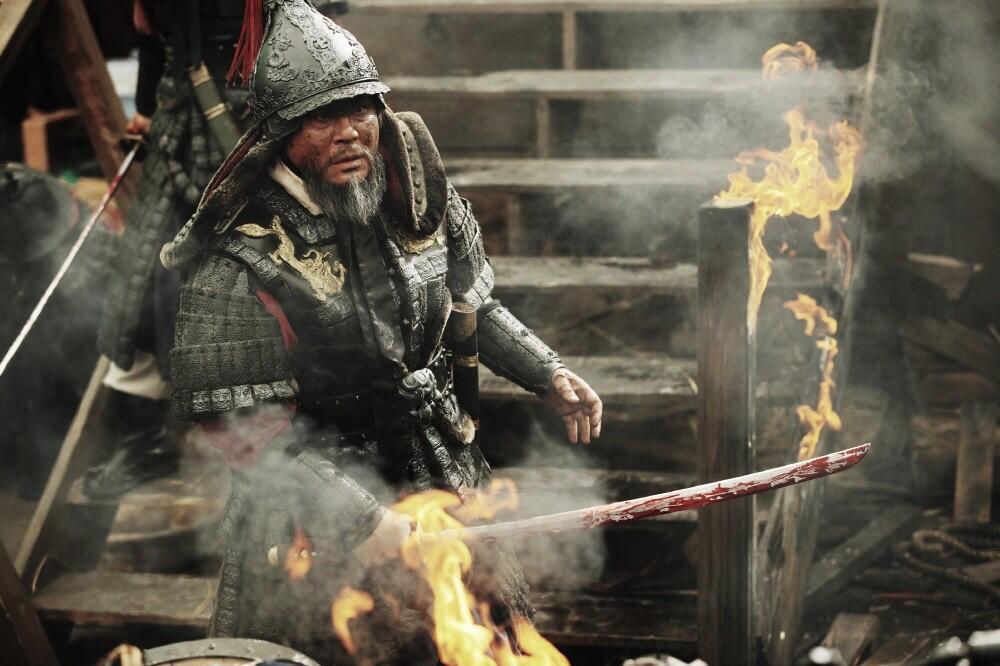 Last week, on Monday July 21st, the production of new historical epic Battle Of Myeongryang wrapped following a lengthy seven-month shoot. The period naval war film is the new work from War of the Arrows (2011) director KIM Han-min and features Oldboy (2003) star CHOI Min-shik as a legendary admiral.
In the film, CHOI plays naval commander Yi Sun-shin who led his 12 ships to a heroic victory against an invading fleet numbering 330 vessels circa 1597. CHOI most recently made the top gangster films Nameless Gangster and New World and he will be joined by top thespian RYU Seung-ryong, who is fresh off a string of hits including All About My Wife, Masquerade and Miracle in Cell No. 7. Also in the cast will be JIN Goo from BONG Joon-ho’s Mother (2009) and last year’s crowd-funded hit 26 Years.
Battle of Myeongryang marks KIM Han-min’s fourth spin in the director's chair, having previously made Paradise Murdered (2007), Handphone (2009) and the PARK Hae-il summer hit War of the Arrows, also starring RYU, which wound up with over 7.4 million admissions to become the biggest local hit of 2011. The ambitious production is said to have accrued production costs of over KRW 10 million and is currently being prepped for a summer 2014 release
Any copying, republication or redistribution of KOFIC's content is prohibited without prior consent of KOFIC.
Related People Related Films