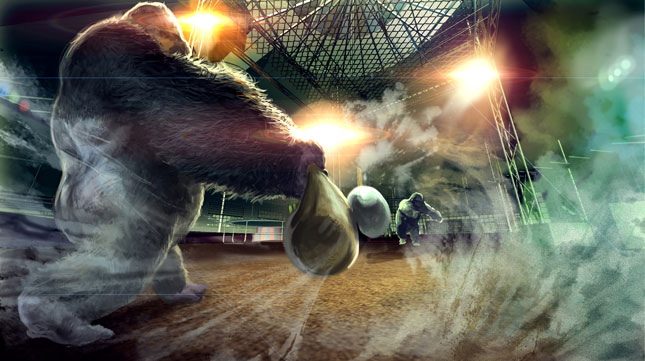 Director IM Yong-hwa | Starring Jiao XU, SUNG Dong-il | Release Date First half of 2013
Mr. Go features no superstars to grasp people’s attention. Instead, it relies on a rather interesting character, none other than a gorilla. But not just any gorilla, this on plays baseball. Director KIM Yong-hwa, the helmer behind Mr. Go, chose to make it a 3D film. Before long, Korea will be able to add its own character to the pantheon of CG creations, alongside ‘Gollum’ from The Lord of the Rings and Life of Pi's 'Richard Parker.’
Mr. Go is a film based on 'The Seventh Baseball Team,' a cartoon by HUR Young-man. The simple premise concerns a gorilla who joins a professional baseball team. Beyond the setup, the stories are markedly different. Director KIM’s Mr. Go depicts a narrative in which Wei Wei, a girl from a Chinese circus troupe, and a gorilla named Ring Ring enter a Korean professional baseball team and become superstars in a league which also features Japanese professional teams.
At first, director KIM hesitated to take on the project he was offered. Even though the film is based on a cartoon, he was concerned about how to make the gorilla appear real. KIM found his answer by opting to make it a 3D film. “I tried to make Mr. Go as a convincing 3D film in which the characters look alive,” director KIM said. 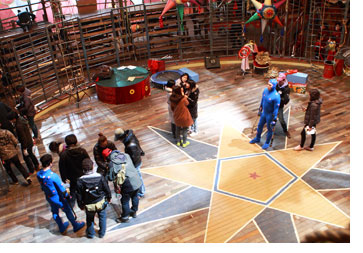 The movie consists of 2,000 shots of which about 1,000 were allocated to Ring Ring. This means the success of Mr. Go will rely heavily on Ring Ring's expressions. The production of Mr. Go featured some unprecedented challenges in the history of Korean cinema, including full 3D photography, capturing Ring Ring’s motions and an hour's worth of gorilla footage. However, Korea’s technological prowess succeeded in crafting this new cinematic world. To complete the project, the filmmakers founded Dexter Film, a 3D-specialized studio with a staff of approximately 150 people.
The only problem was production costs. KIM eventually had the novel idea of attempting to break into the Chinese market. He successfully raised 25% of the total USD18.8 million budget from Chinese investors. Receiving investment from China where baseball is not popular demonstrates the universal popularity of Mr. Go's story. KIM is determined to make Mr. Go  a film for all, regardless of nationality, race, age or gender. “I wanted to make a good film that can appeal to audiences around the world on the strength of its story and visual sophistication,” director KIM said.
Director KIM’s films have steadily attracted more and more audiences. Oh! Brothers attracted 3.15 million viewers in 2003 while 200 Pounds Beauty (2006) brought in 6.62 million people. His latest project Take Off (2009) recorded 8.49 million admissions. KIM is looking to attract even more spectators with Mr. Go as it seeks to target the Asian market.
Any copying, republication or redistribution of KOFIC's content is prohibited without prior consent of KOFIC.
Related People Related Films