Sep 22, 2014
Local filmmakers: “We would like to know about Korea’s know-how in film production systems.” 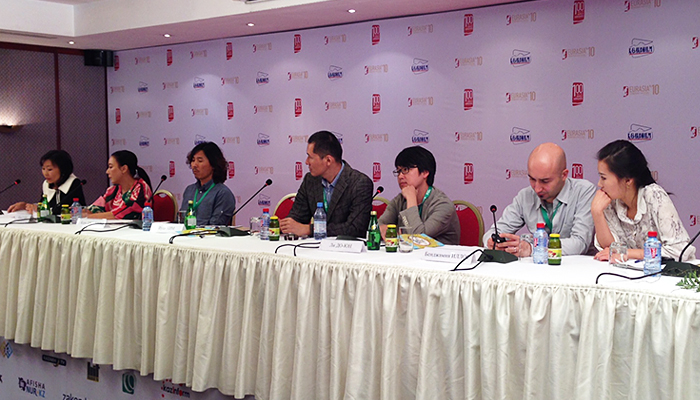 The Korean Film Council (KOFIC) signed an MOU with Kazakh Film that promotes the film industry of Kazakhstan in the Korean Film Showcase for Korean cinema to develop new markets in Central Asia. The MOU is expected to pave the way for the promotion of exchanges and cooperation in the cinema sector between Korea and Kazakhstan. On September 16, the KOFIC made presentations about Korean cinema and the Korean film industry and signed an MOU with Kazakh Film in a press conference in Almati, the largest city in Kazakhstan. During the event, local filmmakers and actors showered questions about Korea’s advanced film production systems.

Korean actress KANG Soo-yeon invited as a special guest for the Eurasia Film Festival said that the success of the Korean film industry is attributable largely to various film education. “Although Korea is a small country, it has over 100 universities and colleges with film-related departments,” KANG said. “A wide array of film education is tried. As a result, independent and short films by various talented people have good qualities and are invited to overseas film festivals. Thus, they inform the world of the excellence of Korean films and lay the foundation for Korean cinema.” KANG’s presentation really impressed the audiences.
The press conference was also deluged with questions about Korea’s joint film projects. Asked about Korean cinema’s achievements through its globalization, assistant manager KIM Hong-chun of the International Business Division at the KOFIC said, “At the moment, about three films are produced through international cooperation a year. This figure is very small since about 170 films are produced in Korea a year. But as more and more Korean actors and actresses such as CHOI Min-shik and BAE Doo-na make a foray into Hollywood, more Korean films are expected to make inroads into overseas film markets. 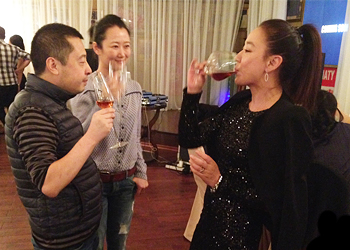 Judges of the Eurasia Film Festival including director LEE Chang-dong, actress KANG Su-yeon and director JIA Zhangke and about 200 local filmmakers and actors took part in An Evening of Korean Cinema on the day. The local filmmakers and actors showed their strong interest in Korean films. In particular, An Evening of Korean Cinema received good responses from local filmmakers by introducing not only Korean films but also Korean food which is in the spotlight in Asia.
A Hard Day directed by KIM Seong-hun was invited to the Official Competition section of the Eurasia Film Festival which marks its 10th anniversary this year. Local audiences were give a rare opportunity to watch Come, Come, Come Upward (1989), an IM Kwon-taek film that picked up the Best Actress Prize at the Moscow International Film Festival in 1990 and Poetry (2010), a LEE Chang-dong film which won the Screenplay Prize at the Cannes International Film Festival in 2011. In addition, KOREA CINEMA TODAY, a special screening session of Korean films presented The Thieves (2012) by CHOI Dong-hoon, The King of Pigs (2011) by YEON Sang-ho, Thuy (2013) by KIM Jae-han and Confession (2014), the debut work of director LEE Do-yun. CHOI Dong-hoon is a leading commercial filmmaker in Korea and YEON is taking the lead in new Korean animations. Thuy made a sensation as an independent film in 2013 while Confession was invited to the Toronto International Film Festival this year.
“In Kazakhstan, they screen dubbed films without subtitles,” KIM Hong-chun explained about a characteristic of local film screenings in Kazakhstan. “But they do not hire multiple dubbing voice actors. Only one person read the lines of a film in Russian.” The Eurasian Film Festival helped lay the foundation for Korean cinema’s entry into Central Asia and ended on September 19.
Any copying, republication or redistribution of KOFIC's content is prohibited without prior consent of KOFIC.
Related People Related Films Related Company