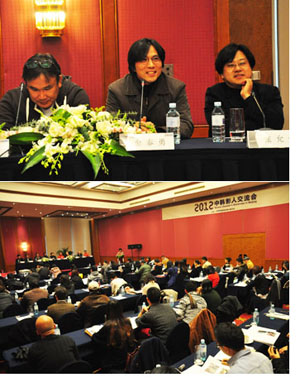 The Korean Film Council (Director KIM Eui-Suk) held a showcase event introducing works by major Korean film directors in Beijing, China on December 6. The aim of the event was to introduce great Korean film directors as well as Korean directors of cinematography so that more co-production opportunities between the two countries could arise.
The directors whose films were showcased in Beijing were those who were invited by Chinese investment and distribution companies or those already well-known in China. Participating directors were KWAK Kyung-taek of Friend and Typhoon, KIM Sang-jin of Jail Breakers and Ghost House, KIM Sung-soo of Musa - The Warrior, City of the Rising Sun, and Beat, KIM Tae-yong of Late Autumn and Family Ties and CHANG Yoon-hyun of Tell Me Something, Hwang Jin Yi and The Contact.
Directors of cinematography who were invited included KIM Wu-hyeong of Late Autumn and The Front Line, KIM Hyeong-gu of Unbowed and The Host, JIN Young-hwan of Mr. Socrates and Romance of Their Own and CHOI Hyun-gi of A Dirty Carnival and The Scarlet Letter. 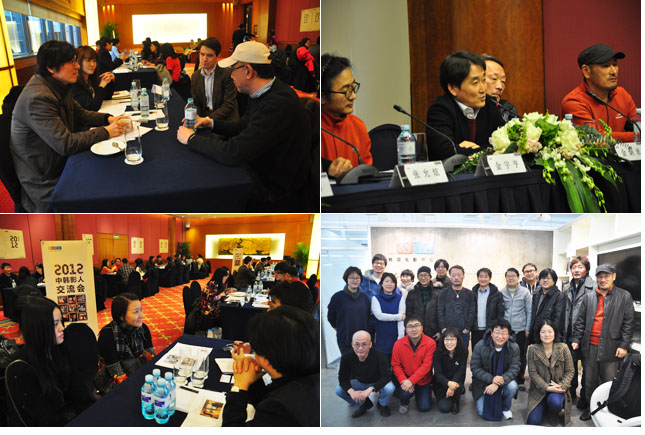 Some 10 different Chinese companies, including Chung Ten Entertainment which produced Red Cliff and Wanda Group which owns the largest chain of cinemas in the world, made requests for business meetings. In addition, some 80 Chinese film industry professionals attended the event. Director KIM Tae-yong of Late Autumn recevied requests from several major Chinese producers including from Terence Chang of Mission Impossible: 2 and Face/Off.
Director of Cinematography, KIM Hyeong-gu of The Host and Memories of Murder who also did work on Chen Kaige’s Together as well as The Warring States, talked in detail about his work in China and stressed the importance of widening co-operation between the two countries.
The directors also took part in a special showcase following the main event where they visited the Korean Film Council’s China Film Business Center. There, they asked for strengthened support from the organization. Director CHANG Yoon-hyun is currently taking part in a project at the China Film Business Center, preparing his next film which will be a co-production with China. Directors KWAK Jae-yong and AN Byung-ki’s new projects will also be supported by the center.
Any copying, republication or redistribution of KOFIC's content is prohibited without prior consent of KOFIC.
Related People Related Films Related Company