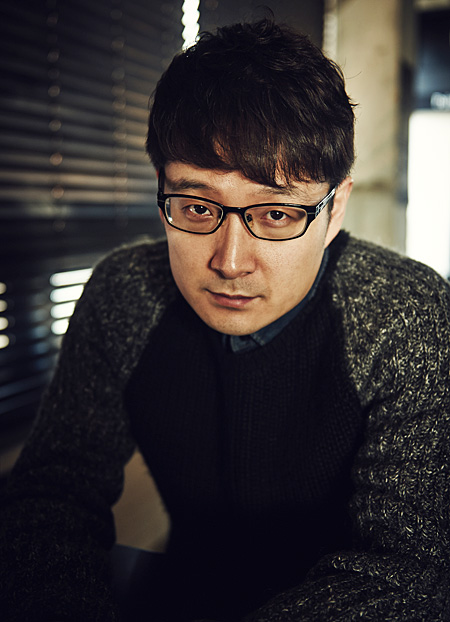 Probably due to the fierce confrontation between the police and a gang as well as the internal conflict within each group, New World gives a sense of deja vu, recalling the The Godfather series or Infernal Affairs. Concerning such doubts, director PARK asks, “Is it wrong at all? It’s an honor to me if my film is compared with them.” Let’s meet PARK who returned with the genre he is known for.
- There are three main characters, but you didn’t go too deep into each individual, which I think is the best element of the film.
New World is not a film about someone’s private business. I wanted to talk about the fundamentals of how power is built. Since I wanted to focus on the confrontation between two forces, I didn’t see any reason to show too many personal affairs. If I have a chance to make a sequel, I could show what happened earlier to the characters. I already made the whole story that covers a broader scope than what’s in the film. The story is spread along 23 years from 1990 to 2013. I am a big fan of The Godfather series, so I was influenced by it a lot. I always wanted to make a similar film one day, hence I must have thought of it while making my own whether I intended to or not.
- I heard you watched The Godfather series almost a hundred times.
That’s probably true. Since I first watched it as a high school boy, I have watched it dozens of times. I repeated watching the same film when studying at university and while serving in the military. I found it very interesting to see the Mafia men attending a regular family meeting after bloody fights. Business is business and personal grudge is personal grudge. Isn’t it what politics is about? Knowing that there have been no Korean films in such a genre, I wanted to make one. I am also fond of other gangster films such as Infernal Affairs, Donnie Brasco and Hell's Kitchen.
- What do you thing is the core factor of the gangster film?
It would have to be the metaphor for system and power. Instead of explicitly talking about it, I prefer exploring the implication of the desire to possess power. For example, there is an important election and the losing party plots a coup d’etat. How heavy will the material be to handle? So I transformed this into a story between gangs. A gang that loses a conflict against the other starts a battle. I think this is more fun and lighter material to deal with.
- It appears in New World that the reality of a person is definitely his identity.
I basically think it’s meaningless to divide between good and evil. It all has to do with how people drive the situation. Because the purpose was for good doesn’t mean the process may be evil. On the other hand, if the result is evil although the process is good enough, we cannot accept the result as a good one. We cannot explain the world simply in black and white. 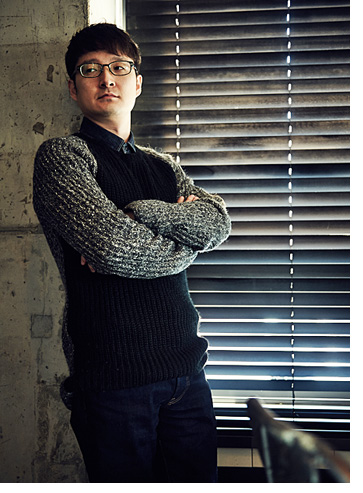 - Why did you focus more on outside the system than the inside?
It is simple political logic. Think about the fact that RHEE Syngman became our first president because the US intervened although everyone knows KIM Gu was the one who really deserved the position. It must have been a natural choice for the States because there wouldn’t be enough room for them to intervene later if the one receiving support from the absolute majority had been given the position. When one already dominates a society, he doesn’t need at all to conspire with an external power because he is not guaranteed to have the leverage in a discussion. I suppose this political view of mine was reflected in the characters and the story.
- The leading role is clearly LEE Ja-seong (LEE Jung-jae), but there seem to be possibilities that audiences might empathize with others like Mr. KANG (CHOI Min-shik) or JEONG Cheong (HWANG Jung-min).
Ja-seong is forced to be very passive to a certain point. He even gets confused about his identity stuck in between the two groups. At first, he might see himself more as a gangster although he is a cop. He will becomes uncertain of his identity over time. Moreover, a big incident breaks out in the meantime. Just like Michael (Al PACINO) didn’t catch attention in the first half of The Godfather, Ja-seong cannot help being unnoticed for a while. I told LEE Jung-jae about this in advance. I asked him to act like LEUNG Chiu Wai of Internal Affairs in the first half and like PACINO of The Godfather during the rest. Then he asked me, “What do you want me to do?” However, he exceeded my expectations in the end.
- Did you expect that people would hit upon The Godfather and Internal Affairs as soon as New World came out?
Of course. All the gangster films that came out after The Godfather were influenced by it and all the Hong Kong noir films after Internal Affairs were influenced by it. I didn’t intend to make the film better then them and I’m not even that confident. I just wanted to show that I can make a different film even though I was influenced by them. I’m rather happy that my film is compared with them.
- I think New World is a mile stone for Korean gangster films. It will be remembered as a film with a unique style. This is clearly an achievement.
I’m honored to hear that. First of all, knowing that it will be compared with other films, I'm glad mine won't be considered a lousy one. Once I decided to make it, I was determined to make a film worth watching. Second, I wanted to make a heavy classical film. Third and last, I decided to make a real ‘film for grown-ups’. I think I was loyal to these three principles. It would have been even better to make an innovative and creative film, but I wanted at least to make an interesting movie though one with relatively predictable material. I didn’t intend to make an original film but wanted to talk about power and politics when dealing with gangsters. This is also why I said to the actors, “I’m going to make a film about gangsters in politicians' suits.”
- What are the lessons you learned from the previous work The Showdown?
I learned that not everyone can make a film. I realized that I have to make everyone understand we are working on the same project. Communication is more important than anything because we need to have common thoughts when making a film together.
- If this film sells well enough, are you going to make a sequel focused on the events before or after New World?
I made one thing clear to NEW, the investor and distributor. I asked them to let me make another episode if it breaks a certain mark. I don’t want to end up here without finalizing the story I started. If it happens, I will first show what happened before New World.
- Have you written any scenario for a melodrama where the leading character is a woman?
I have one, which I have not been able to finish for 10 years. (laughs)
Photographed by KWON Hyuk-se
Any copying, republication or redistribution of KOFIC's content is prohibited without prior consent of KOFIC.
Related People Related Films