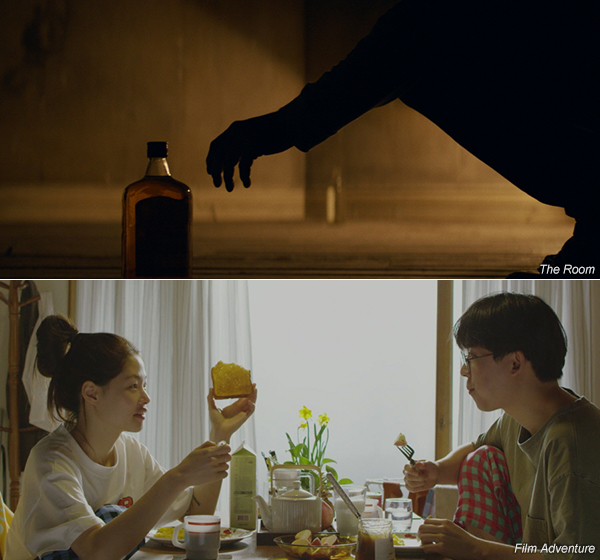 Taking place three weeks earlier than usual this year, the 23rd Bucheon International Fantastic Film Festival (BIFAN) was markedly cooler than previous editions but the weather didn’t prevent the festival from heating up Asia’s genre film community with a packed lineup and thriving market program under the leadership of new festival chairperson SHIN Chul.
BIFAN kicked off with a ceremony at the Bucheon Gymnasium on Thursday, June 27, which was attended by several leading lights of the local industry, including Korean stars KIM Hye-soo, UHM Jeong-hwa and JUNG Woo-sung, and directors LEE Chang-dong and IM Kwon-taek. The ceremony was then followed by Edgar NITO’s opening film The Gasoline Thieves, a romance and crime-infused coming-of-age tale from Mexico, fresh from its Best New Narrative Director at the Tribeca Film Festival this spring.
The festival ran until July 7, while the awards ceremony and closing film presentation took place at Bucheon City Hall two days earlier on Friday, July 5. The top prize in the Bucheon Choice Competition was handed to The Room, a France-Luxembourg-Belgium high concept sci-fi horror by Christian VOLCKMAN. The Bucheon Choice jury, led by local actress UHM Jeong-hwa, also gave out a Best Director Award to the American filmmaker Adam Egypt MORTIMER for Daniel Isn’t Real, while the Jury Award went to Rudy Riveron SANCHEZ’s Is that You? from Cuba. Director KOH Jung-wook, previously an Audience Award for Short Film winner at BIFAN with Poison Frog in 2012, came away with the Audience Award for his local thriller The Culprit starring SONG Sae-byeok and YOO Sun, which opens in local theaters on July 10. 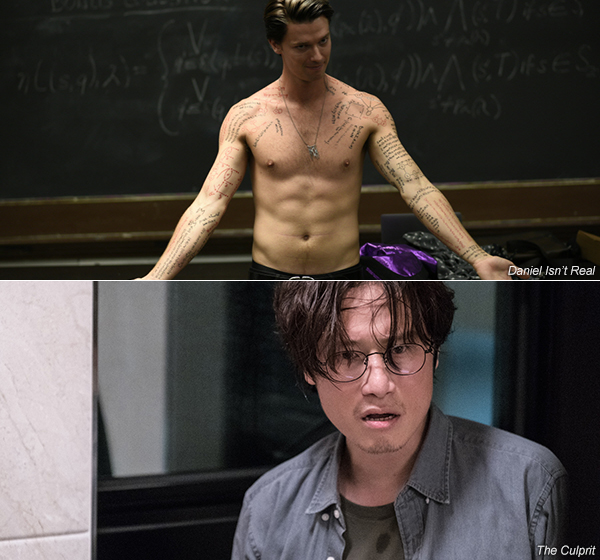 In the Korean Fantastic Features Competition, it was LEE Sang-deok’s well-received sophomore feature Film Adventure that went home with the top prize. The film features CHO Hyun-chul as a young actor who embarks on a day-long odyssey after a fight with his girlfriend. The Best Director Award went to Fanfare, the latest film from Fatal (2013) director LEE Don-ku. IM Hwa-yeong of Fanfare and CHO Hyun-chul of Film Adventure took home the Best Actress and Best Actors accolades, respectively, while SHIM Yo-han’s Welcome to the Guesthouse earned the Korean Fantastic Audience Award. Among other feature film awards, Zoya AKHTAR’s Indian film Gully Boy won the NETPAC Award, SHIMIZU Yasuhiko’s Japanese title Manriki earned the EFFFF Award and FUJIMIRA Kyohei’s My Dad is a Heel Wrestler, also from Japan, was presented the BIFAN Children’s Jury Award.
In the Bucheon Choice: Shorts section, the Best Short Film prize went to Fadi BAKI (a.k.a The Fdz)’s Last Days of the Man of Tomorrow from Lebanon, the Jury’s Choice Award was given to Teemu NIKKI for the Finnish short All Inclusive and the Audience Award was picked up by Caleb J. PHILLIPS’ US short Other Side of the Box. In the Korean Fantastic: Shorts program it was KIM Mae-il’s Stuck that took home both the Best Korean Short Film Award and the Audience Award for Korean Short Film. 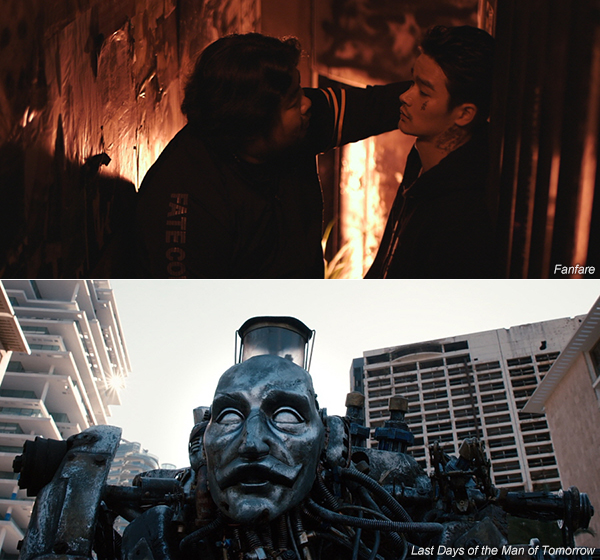 The awards ceremony was followed by the world premiere of Japanese Occupation Era murder mystery The 12th Suspect. Director KO Myoung-sung was joined on stage by cast members KIM Sang-kyung, JUNG Ji-soon, NAM Yeon-woo, KIM Hee-sang, NA Do-yul, NAM Sung-jin, HAN Ji-an, AHN Seong-min and KIM Dae-hyun.
One of the major changes for festival guests this year, particularly those taking part in any market activities, was the change of venue for the BIFAN Industry Gathering (B.I.G.). The event, which comprises the Network of Asian Fantastic Film (NAFF) project market, and the Korean Now, Made in Asia and New Media talks and forums, moved from the Koryeo Hotel to the Bucheon Art Bunker B39, a former garbage incinerator that was transformed into a sleek new multidisciplinary cultural art space.
NAFF once again hosted hundreds of pitch meetings for new genre filmmakers from around the world who had a chance to meet with global investors, sales agents and more as they look to get their new project made. After several days of intense and productive meetings, the NAFF awards were handled out at the BIG Closing Ceremony at B29 on July 3. The top Bucheon Award went to director Hugo KEIJZER’s The Occupant, Phan LINH’s Dogcow won the Bound Entertainment Award, Fingernail from Boaz ARMONI earned the NAFF Award, NAKANISHI Mai’s Hana and YU Eung-jeong’s Lay the Ghost shared the NAFF Korean Award and David CHANG’s The Medium: The Flaming Exorcist Sinner was awarded the DHL Award. 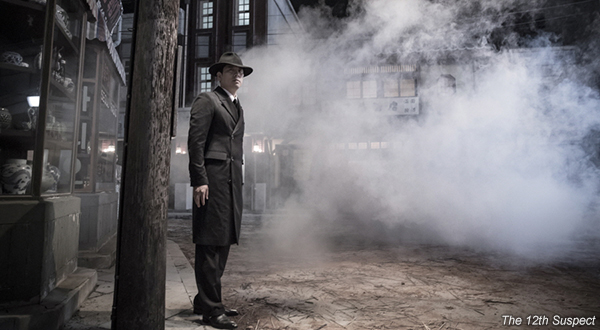 Looking at this year’s program, some of the highlights included a KIM Hye-soo retrospective, a ‘Robots: Future Beyond the Human Race’ section to go along with this year’s Blade Runner theme and a Korean classic genre film sidebar to mark the centenary of Korean cinema. But one of the most notable changes to the program this year was the ‘Crossover’ sidebar in the Korean Fantastic lineup, a new section that reflects the changes within the film and TV markets in Korea as film directors are increasingly moving to the small screen or streaming platforms.
Among the notable works in ‘Crossover’ were Persona, a Netflix Original omnibus series featuring K-pop superstar IU as the lead of four different segments directed by notable filmmakers such as YIM Pil-sung (Antarctic Journal, 2005), LEE Kyoung-mi (The Truth Beneath, 2016), KIM Jong-kwan (Worst Woman, 2016) and JEON Go-woon (Microhabitat, 2018). The section also included a feature length version of Mongdal, an episode of the HBO Asia horror omnibus series Folklore. The episode was directed by LEE Sang-woo, the first Korean filmmaker to work with the US cable giant. 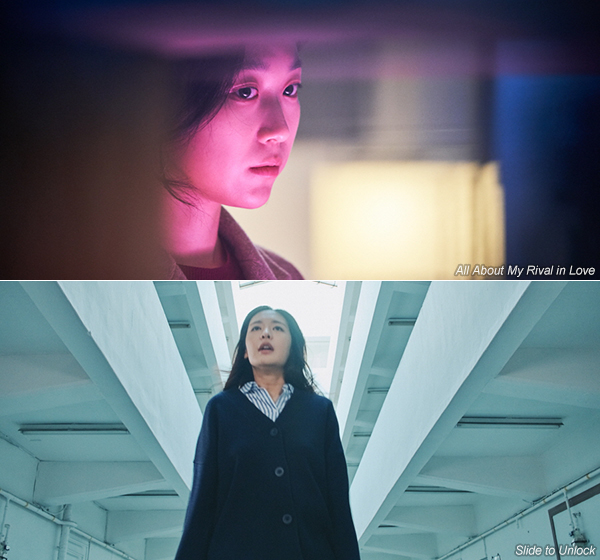 ‘Crossover’ also featured locally produced TV content, namely several instalments of tvN’s TV movie series ‘Drama Stage’. Alice in Earnestland (2015) director AHN Gooc-jin made his comeback with the kooky romcom All About My Rival in Love, Take Care of My Cat (2001) filmmaker JEONG Jae-eun made the cyber-bullying drama Slide to Unlock, and Madonna (2015) director SHIN Su-won delivered the small-town drama Mulbineul.
Also looking to the future were the components of ‘New Media’ program of B.I.G., which included five days of talks and hosted a VR screening room at Bucheon Art Bunker B39 which was run during most of the festival to give festival attendees a taste of one of the new directions cinema is currently taking.
Following a successful 23rd edition, BIFAN will return once more next summer with a fresh dose of global genre cinema and a new slate of forward-thinking programs.
Any copying, republication or redistribution of KOFIC's content is prohibited without prior consent of KOFIC.
Related People Related Films Related Company Related News