The Korean box office has finally gotten a shot in the arm after a long period of hibernation. Owing to the debut of a Hollywood tentpole that was originally scheduled to open in spring last year, the box office had its best weekend of the year with 750,000 tickets sold. Given the foreign competition, the local industry was forced to take a step back, registering just 3% of all sales.

Over a year after its original scheduled release date, the pandemic-delayed blockbuster Fast & Furious 9 finale revved up in Korea, where it opened on Buddha’s Birthday on Wednesday with a powerful 400,000 admissions (USD 3.42 million). The film cruised into the weekend, easily topping the charts with 628,000 entries (USD 5.54 million), 85% of all sales, for a running total of 1.13 million sales (USD 9.83 million). This was the best debut of any foreign film during the pandemic to date.

Rising a spot into third placed and down just 32% was Demon Slayer the Movie: Mugen Train, which is now just three days away from having spent three whole months in the top five. The film added 20,000 entries (USD 1.74), pushing its stellar total to 2.04 million admissions (USD 17.5 million), making it the highest grossing foreign film of the pandemic, having edged Soul out of the top spot over the weekend.

Rounding out the top five was the British spy drama The Courier which also suffered a large 80% drop with 7,500 entries (USD 61,000) tracked over the weekend. After almost a month in theaters the film has banked a respectable 303,000 admissions (USD 2.48 million).

While Fast & Furious 9 is poised to continue drawing in crowds, this week will also welcome some significant completion as Disney launches Cruella while Megabox Plus M debuts Pipeline, the latest film from director YOO Ha. 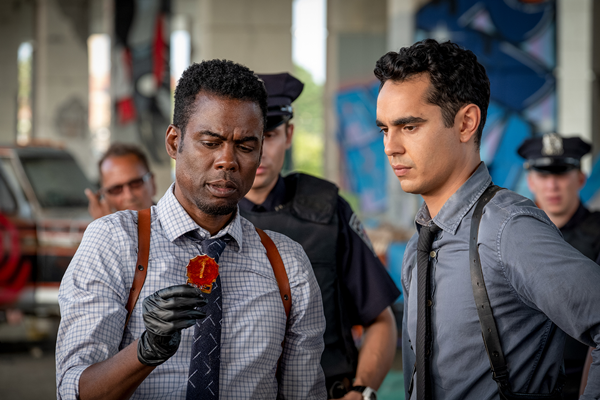