May 12, 2020
OVER THAT MOUNTAIN Continues Strong Run 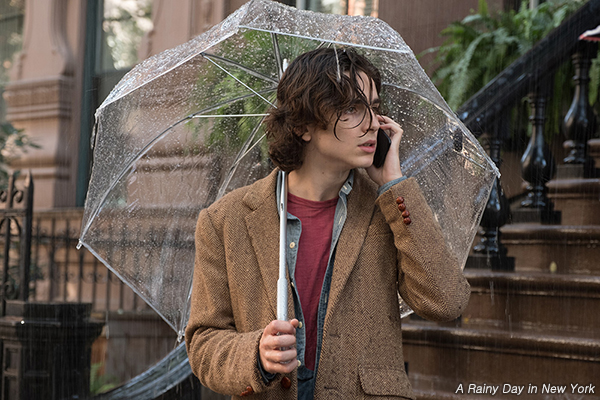 After soaring over the Golden Week holiday, business dipped about 20% over the past weekend, which may have been both because of a lack of a major new title like Trolls World Tour, or, more likely, a fresh wave of concern following a new Covid-19 cluster related to clubbers in Central Seoul. Korean films made up for 17% of the 178,000 admissions recorded.
Topping the box office over the last weekend was the comedy-drama A Rainy Day in New York, marking the first time that legendary director Woody ALLEN has topped the charts in Korea. However, the film’s relative success in a depressed pandemic market may have more to do with Timothee CHALAMET’s presence, who dominated the local marketing materials. The film brought in 34,429 spectators (USD 267,000) over the weekend, with 46,733 admissions (USD 344,000) counted over its first five days.
Originally scheduled for global release in 2018, A Rainy Day in New York encountered a distribution setback when Woody ALLEN came under fire as allegations against him of sexual abuse provoked a media storm. The film has yet to be released in America but has steadily been making its way around the world through limited release.
After toping the box office during its opening last week, Universal’s Trolls World Tour was down one spot and 37% during its sophomore frame, as it sold another 19,377 tickets (USD 126,000). To date the film has amassed 118,787 viewers (USD 750,000).
Following Guns Akimbo a few weeks ago, Daniel RADCLIFFE was back on the charts with Escape from Pretoria. The prison escape thriller sold 18,829 tickets (USD 137,000) over the weekend, with 22,999 entries (USD 164,000) accrued since Wednesday.
Down just 11% and up one spot in its second weekend was the local indie Over That Mountain (translated title). With another 16,041 sales (USD 105,000), the film is proving to be a rare beacon of hope for local films during the Covid-19 crisis, as its total swelled to 76,142 viewers (USD 466,000), a strong number for a local low-budget film under any market conditions.
CHEN Kaige’s classic Farewell My Concubine was down 25% during its second weekend of rerelease, with another 14,655 seats (USD 112,000) filled. The 1993 films starring GONG Li and Leslie CHEUNG has brought in 58,383 spectators (USD 430,000).
CHEN’s film is currently topping the reservations chart with Over that Mountain close behind. Just behind them are a pair of new releases, Celine SCIAMMA’s 2011 Tomboy, which is getting an overdue release following the success of Portrait of a Lady on Fire, and the Spanish SF-horror The Platform.
Any copying, republication or redistribution of KOFIC's content is prohibited without prior consent of KOFIC.
Related News