MASTER Coasts Through the New Year 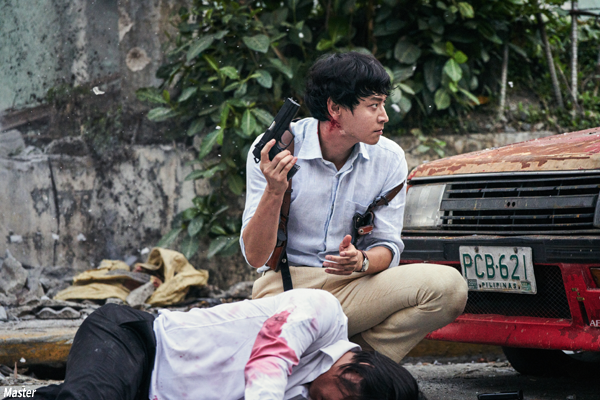 Local action-thriller Master remained the top attraction at the Korean box office over the New Year’s weekend, while Rogue One, the new Star Wars film, failed to make a significant impact far behind in second place. Local films accounted for 54% of business as 3.13 million tickets were sold.
Down 38% after its super-sized debut, Master had no trouble holding onto the top spot over the weekend, as it welcomed another 1.37 million viewers (USD 9.7 million). This brings its haul to a robust 5.44 million spectators (USD 36.6 million) in 12 days. While the ten million mark that some have speculated is probably out of reach, a few more milestones should fall before the film finishes its run.
Rogue One: A Star Wars Story had no trouble scaling to the top of the charts around the world two weeks ago, but it came up far short in its delayed Korean release, mustering just 523,000 admissions (USD 4 million) in its debut, with 770,000 tickets (USD 5.6 million) sold in its first five days. Having already slipped to fourth on the reservations chart, the Disney blockbuster is unlikely to see its fortunes improve in Korea.
Dropping 30% in its sophomore frame was US animation Sing, which shifted another 349,000 tickets (USD 2.3 million) to give it a solid 1.18 million admissions (USD 7.6 million) in 12 days.
Not too far behind with 276,000 viewers (USD 2 million) was Hollywood musical La La Land, which continues to spellbind the nation after a 28% decline. To date the film has brought in a stellar 2.47 million spectators (USD 17.2 million).
Closing out the top five was local disaster drama Pandora, down 42% in its fourth week for another 248,000 sales (USD 1.7 million). To date the film has accumulated 4.4 million entries (USD 28.8 million).
Down in seventh, the Japanese animated sensation Your Name had an impressive run of previews with 72,000 viewers (USD 515,000). The film opens wide on Wednesday.
Aside from Your Name, Hollywood sci-fi Passengers will also bow this week as many holdovers threaten to keep their hold on high chart positions.
Any copying, republication or redistribution of KOFIC's content is prohibited without prior consent of KOFIC.
Related Films