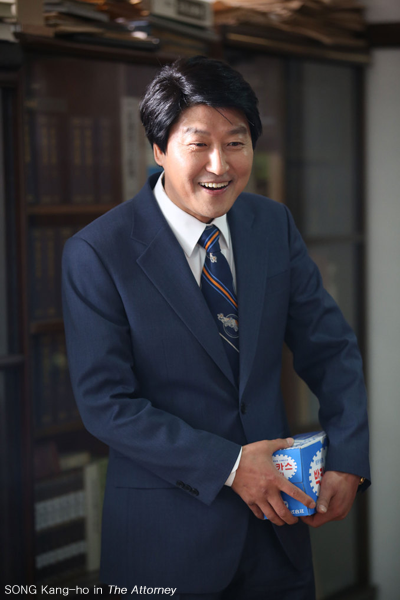 SONG Kang-ho (The Attorney, 2013; The Throne, 2015) takes lead in Taxi Driver depicting the story of the late Jürgen Hinzpeter, a German journalist who reported on 1980 Gwangju Democratization Movement. This film is to be directed by JANG Hun of Secret Reunion (2010) and The Front Line (2011), who made his film debut with Rough Cut (2008) produced by KIM Ki-duk. Taxi Driver is produced by The Champ.
Gwangju Democratization Movement is a pro-democracy movement which was initiated in Gwangju, in Jeollanam-do Province, in May 1980. The New Military which staged a coup invoked martial law and slaughtered citizen in Gwangju.
Hinzpeter was a cameraman in Japan sent from a German public broadcast station, who moved over to Korea upon receiving the news. He took a taxi to Gwangju from Seoul, filmed what he saw, and let the world know it through German TV news upon moving back to Japan. Later, he was referred to as “the journalist of Gwangju” and “the witness in blue eyes.”
In 2003, Hinzpeter was awarded with SONG Geon-ho Journalist Prize in Korea for what he did in Gwangju, and made a thank you speech that he was grateful for KIM Sa-bok, the courageous taxi driver, who had took him to Gwangju and guided him around the city.
Based on this comment, Taxi Driver depicts the journey of these two people, who went to Gwangju and back to Seoul, escaping the airborne troops’s surveillance. The producer recruited SONG Kang-ho for KIM Sa-bok’s role, and tracked down the real person, but in vain.
Any copying, republication or redistribution of KOFIC's content is prohibited without prior consent of KOFIC.
Related People Related Films Related News