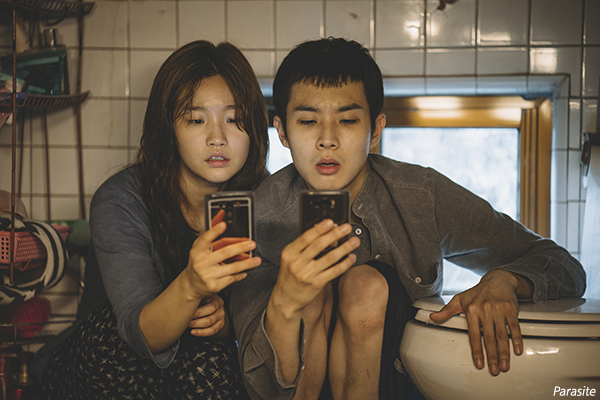 Korean master BONG Joon-ho’s Parasite, his highly anticipated return to the Korean film industry after ten years, recently wrapped production and has already locked several key sales deals. CJ Entertainment, which is financing and distributing BONG’s new film, also acquired the sales rights to The Garden of Evening Mists, the latest film from Starry Starry Night director Tom LIN of Taiwan.
Following English-language sci-fi titles Snowpiercer (2013) and Okja (2017), BONG’s Korean-language Parasite will be distributed by Neon in the North America and Bitters End in Japan, while Koch Films has picked up the film for German-language territories, and The Jokers Films for French-speaking countries.
Frequent BONG acolyte SONG Kang-ho (Memories Of Murder; 2003; The Host, 2006; and Snowpiercer) takes center stage as Ki-taek, the patriarch of a family on the dole that take an interest in another family, which leads them to an unexpected incident.
Playing Kit-taek’s wife, daughter and son are JANG Hye-jin (Adulthood), PARK So-dam (The Priests, 2015) and CHOI Woo-shik (The Witch : Part 1. The Subversion), while LEE Sun-kyun (A Hard Day, 2014) and JO Yeo-jeong (The Target, 2014) appear as the Park couple. Parasite, which also reunites BONG with his Mother (2009) and Snowpiercer cinematographer HONG Kyeong-pyo, completed production in September and is due out at some point in 2019.
Any copying, republication or redistribution of KOFIC's content is prohibited without prior consent of KOFIC.
Related People Related Films Related Company Related News