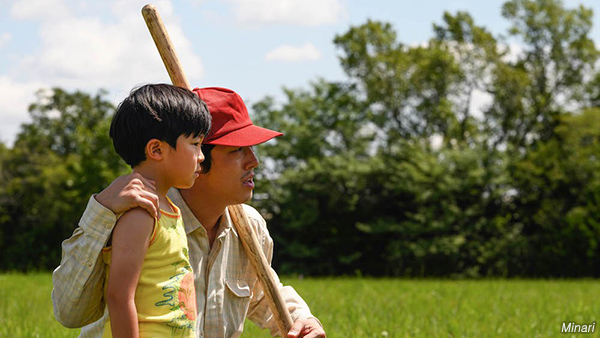 Lee Isaac CHUNG’s acclaimed Korean-American immigrant drama Minari has picked up the Best Ensemble Award and Audience Award for Best Narrative Feature at this year’s Middleburg Film Festival, an event that is often viewed as a predictor event for titles that often go on to secure nominations at the Academy Awards. Steven YEUN, HAN Ye-ri and YOUN Yuh-jung star in the film, which was this year’s Grand Prize winner at the Sundance Film Festival.
Prize winners at Middleburg, which takes place near Washington D.C. in Virginia, have frequently found themselves in the mix come Oscar time. Five of the last seven Audience Award for Best Narrative Feature winners have gone on to be nominated for Best Picture at the Academy Awards, with two of those, Spotlight and Green Book, going on to win the top prize during the big night.
Based on Director CHUNG’s own childhood experiences, Minari follows a young Korean-America family that moves to a small farm in Arkansas, where they start to grow the titular Korean vegetable, hoping to market it to the growing local Korean community. Steven YEUN, who also produced the film, stars as the father with HAN Ye-ri of Worst Woman (2016) playing his young wife and The Housemaid (2010) star YOUN Yuh-jung as the wife’s mother who joins them at the farm.
YEUN previously appeared in BONG Joon-ho’s Netflix film Okja (2017) and in LEE Chang-dong’s BURNING (2018), which had a lot of Academy Award buzz but ultimately failed to land a nomination. Minari is currently featured as a gala screening at this year’s 25th Busan International Film Festival, which opened its doors on October 21.
Any copying, republication or redistribution of KOFIC's content is prohibited without prior consent of KOFIC.
Related People Related Films Related Company Related News