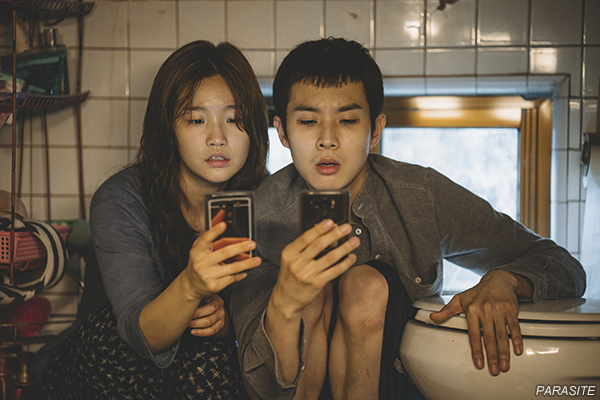 BONG Joon-ho
’s latest film PARASITE has been announced as South Korea’s official entry to the Best International Film category of next year’s Academy Awards. The section was previously known as the Best Foreign Language Film category. To date, a Korean film has never been nominated at the AMPAs Academy Awards.
Earlier this year, PARASITE debuted in competition at the Cannes Film Festival, where it became the first ever Korean film to earn the coveted Palme d’Or. The film also picked up the Grand Prize at the Sydney International Film Festival and was a major hit at home, welcoming just over ten million admissions, the second largest total for a Korean film in 2019 and Director BONG’s second film to cross the mark, following The Host in 2006.
SONG Kang-ho leads the cast as the patriarch of a poor family that begins to connect with a rich couple in the hills in unexpected ways. The cast also includes CHOI Woo-shik, PARK So-dam, LEE Sun-kyun, JO Yeo-jeong, JANG Hye-jin and LEE Jung-eun.
PARASITE is director BONG’s second film to be put forward as Korea’s official submission to the Academy Awards, following the selection of Mother in 2009. Last year’s contender was LEE Chang-dong’s BURNING, which also screened in competition at the Cannes Film Festival. LEE’s film became the first ever Korean film to land on the nine-film shortlist for the category but was unable to make the final five nominees.
Any copying, republication or redistribution of KOFIC's content is prohibited without prior consent of KOFIC.
Related People Related Films Related News