Aug 21, 2018
Strong Reviews for Cannes Midnight Spy Drama Ahead of US Expansion 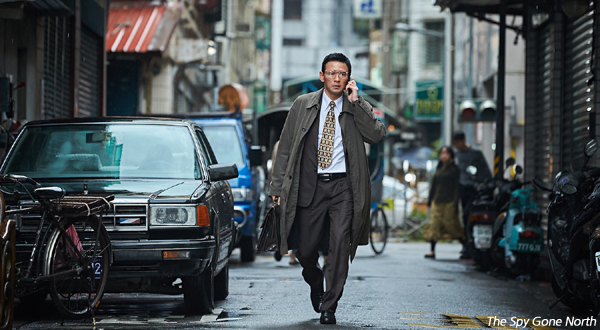 Following its’ bow at the Cannes Film Festival in May, where it was selected among the Midnight Screenings lineup, director YOON Jong-bin’s espionage drama The Spy Gone North has opened in North America, where it is currently garnering strong reviews from local critics. The critical consensus website Rotten Tomatoes puts its positive review score at a perfect 100%.
Among the seven write-ups included in the film’s RT score are raves from Variety - “this well-crafted work deserves to be seen for its thorough account of intricate workings of secret service and political skullduggery,” the Los Angeles Times - “A taut, slowly engrossing, effectively old-fashioned Cold War thriller,” and Indiewire - “a twisty, hyper-talkative historical epic that peers behind the curtain of political theater to offer a peek at how North and South Korea really stay in touch.”
Box office magnet HWANG Jung-min (Veteran, 2015) plays a based-on-real-life agent codenamed ‘Black Venus’ who went undercover in Beijing in the 1990s as a businessman looking to strike a deal with North Korea. His real mission was to gain intelligence on the regime’s nuclear weapons development plans but other forces at work made his work gradually more complicated. LEE Sung-min (The Sheriff in Town, 2017) and JU Ji-hoon (Along with the Gods: The Two Worlds, 2017) play the North Korean official and security officer he dealt with, while CHO Jin- (Believer) features as his handler at South Korea’s National Intelligence Service (NIS).
Director previously made the well-regarded indie The Unforgiven (2005), which also screened at Cannes in 2006, as well as the commercial titles Nameless Rules of the Time (2012) and Age of the Rampant (2014).
The Spy Gone North is currently screening in Korea, where it has accrued 2.62 million viewers (USD 19.79 million) in a week: It will expand from its current two California locations to the rest of North America on August 17.
Any copying, republication or redistribution of KOFIC's content is prohibited without prior consent of KOFIC.
Related People Related Films Related News