Don LEE to Return for THE OUTLAWS 2 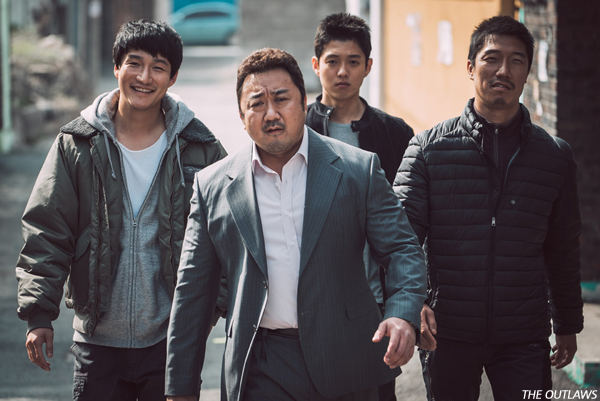 A sequel to the hit crime film THE OUTLAWS (2017) has been confirmed, with star Don LEE (aka MA Dong-) set to return. Producer and investor Kiwi Media Group and director KANG Yun-sung will also be back for the project which is scheduled to go before cameras in the middle of next year.
While the first film received an R rating, producers are aiming to secure a 15 rating for the sequel, in order to reach a wider audience. Script development is currently underway.
Released during the Chuseok holiday season last year, THE OUTLAWS became an unexpected hit as it surpassed the big-budget period siege drama The Fortress (2017), which had been expected to dominate the season. Featuring LEE as a gruff cop who goes up against a vicious Chinese-Korean gang led by YOON Kye-sang in a low-rent neighborhood, the film accumulated 6.88 million admissions (USD 49.71 million).
LEE has several projects on the way and was recently seen in the sports drama Champion. Next month he will be back on screens in the highly anticipated fantasy epic Along with the Gods: The Last 49 Days.
Meanwhile, the Kiwi Media Group has several other projects in their current lineup, including Battle of Villains (translated title), featuring GIM Mu- alongside LEE, Fluid Renegades (translated title), Body Snatch and Hungry.
Any copying, republication or redistribution of KOFIC's content is prohibited without prior consent of KOFIC.
Related People Related Films Related Company Related News