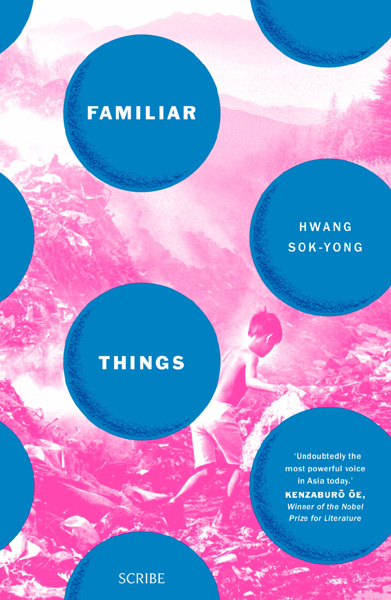 French director Sylvain Chomet will be adapting a Korean novel for the big screen. The animated feature will be based on renowned Korean novelist HWANG Sok-yong’s ‘Familiar Things’.
Director Chomet is well known for his animated films, which include The Triplets Of Belleville (2016) and The Illusionist (2011) as well as live-action movies such as Paris, I Love You (2007) and Attila Marcel (2014). He had expressed hopes to exchange and collaborate with Asian culture and Korean cinema in interviews, especially showing interest in director PARK Chan-wook, while participating in various programs, including the Master Class at the Bucheon International Animation Festival (BIAF) in 2016. His decision to adapt ‘Familiar Things’ came after the book was recommended to him by the Susijn Agency (www.thesusijnagency.com), a London-based literary agency that represents HWANG.
‘Familiar Things’ is set during the 1980s and takes place in Flower Island, which is the landfill of an unnamed city, but is based on the landfill-turned-park in the Nanji area of Seoul. The story probes the negative side of consumption society through the view of Ddakburi, a 14-year-old boy and one of the rag-and-bone people living near the landfill. “‘Familiar Things’ is about the other side of civilization and capitalism as well as a coming-of-age novel of a boy living in the lowest social stratum. The most abundant things are found amongst the poorest things. HWANG reminds us that the long-standing origin of a resistance to civilization ironically can be found at the place where things are abandoned and humans have been cut off from civilization.” said Munhakdongne Publishing Group, which published this novel in 2011.
Author HWANG is popular for his novels such as ‘A Road to Sampo’, ‘Jang Gilsan’ and ‘The Guest’. This will be the sixth time one of his novels is adapted into film, following A Road to Sampo (1975), Wood and Swamp (translated title) (1975), Children Of Darkness Part 1, Young-Ae The Songstress (1981), Dreams Of The Strong (1985) and The Old Garden (2007). Work is currently underway in France and the U.K on the script for Familiar Things (working title).
Any copying, republication or redistribution of KOFIC's content is prohibited without prior consent of KOFIC.
Related People Related Films Related Company