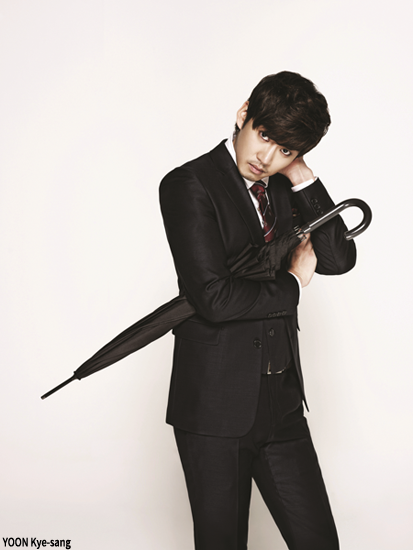 Golden Slumber, the Korean adaptation of the Japanese novel by ISAKA Kotaro of the same name, has added YOON Kye-sang to its cast. The actor joins previously announced leads GANG Dong-won and HAN Hyo-joo in the NOH Dong-seok-directed thriller. Also joining the cast will be KIM Dae-myeong, KIM Sung-kyun and KIM Eui-sung.
The story concerns a courier, played by GANG, who goes on the run after being falsely accused of the assassination of the newly elected prime minister. HAN will play a radio reporter who went to college with the courier.
YOON will take on the role of a friend of the fugitive who is tasked with chasing him down. Last year, YOON featured in E J-yong’s drama The Bacchus Lady alongside YOUN Yuh-jung. Previously, his notable credits include Poongsan (2011) and The Unfair (2015).
KIM Dae-myeong will be seen as a lawyer who is also the would-be assassin’s close friend, KIM Sung-kyun is on board as a computer repairman, and KIM Eui-sung has signed on to play a mysterious man who helps the lead character after he goes on the run.
CJ Entertainment is on board as the investor and distributor while ZIP CINEMA, recently behind the star-studded Master, also starring GANG, will produce this new film by Boys Of Tomorrow (2007) director NOH. Golden Slumber will begin filming early this year.
Any copying, republication or redistribution of KOFIC's content is prohibited without prior consent of KOFIC.
Related People Related Films Related Company Related News