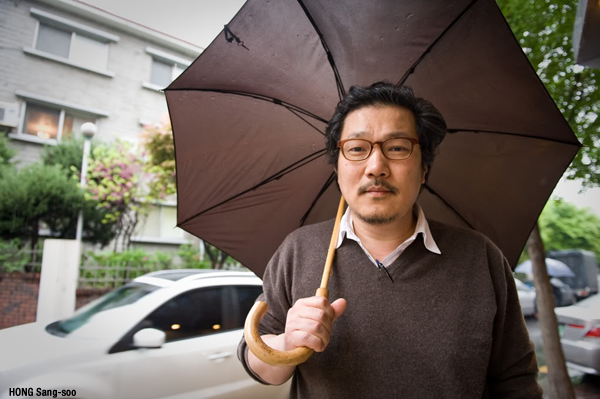 The Museum of the Moving Image in New York is currently staging a complete retrospective of the work of acclaimed Korean auteur HONG Sang-soo. Featuring all his feature films, save for his most recent title Right Now, Wrong Then, as well as two of his shorts, the program is taking place from June 3rd to the 19th.
Starting his career in 1996 with The Day A Pig Fell Into A Well, HONG has been at the forefront of Korean arthouse film for the last 20 years. A regular fixture at international events, such as the Berlin, Venice and Cannes International Film Festivals, with seven invitations to the latter (a record for a Korean filmmaker), HONG’s work has often been compared to that of renowned French cineaste Eric Rohmer.
The Museum of the Moving Image calls HONG’s films “at once deceptively simple and dense with subtle shades of meaning.” In introducing his work, they wrote that each of his films “stands on its own virtues, while also seeming like a new episode in a vast overarching serial narrative, a grand super-story about ceaseless self-sabotage, blinkered yearning, male vanity, the resolute failure to learn from mistakes, and the moments of tenderness and beauty which could almost, maybe redeem the whole human comedy.”
17 features make up the program, including Virgin Stripped Bare By Her Bachelors (2000), Turning Gate (2002), Like You Know It All (2009) and Hahaha (2010), as well as the shorts Lost in the Mountains (2009) and List (2011). HONG’s most recent film Right Now, Wrong Then earned the Golden Leopard, the top prize of the Locarno International Film Festival, last year.