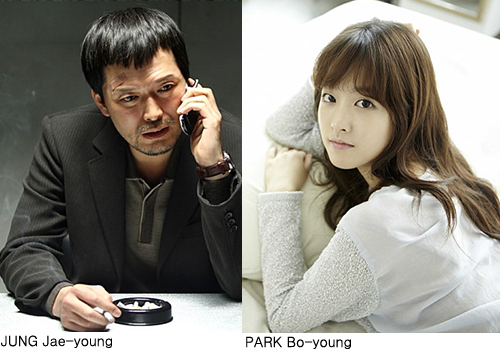 Investment and distribution company Next Entertainment World (NEW) announced on January 28th that PARK Bo-young (A Werewolf Boy, 2012) and JUNG Jae-young (Broken, 2013) will be partnering up for a new feature about the lives of journalists. Banzakbanzak Film Production will be producing the project.
In Yeol-jeong Gat-eun So-ri-ha-go It-nae (working title), a recent university graduate lands a coveted internship in a sports newspaper’s entertainment section. As DO Ra-hee steps into society with her new job, she realizes that the career isn’t exactly what she made it out to be. Her manager HA Jae-kwan, a mercurial boss prone to sudden outbursts, makes her life difficult. The two bicker and wrestle, and Ra-hee ends up changing her ways over time in order to survive. Based on a novel of the same name by LEE Hye-rin, the story takes a close look at the media world and the harsh conditions of Korean office jobs. Given the title, which translates to ‘passion, as if’, it is easy to see that the story deals with contemporary issues relating to working conditions, such as the high unemployment rate, employees being stripped of their rights, and the question that still nags at many of us; are we doing what we’re passionate about?
Director JEONG Gi-hun of Goodbye Mom (2009) and Love 911 (2012) will be taking the megaphone this coming March. The film is scheduled to be released at the end of the year.
Any copying, republication or redistribution of KOFIC's content is prohibited without prior consent of KOFIC.
Related People Related Films Related Company Related News