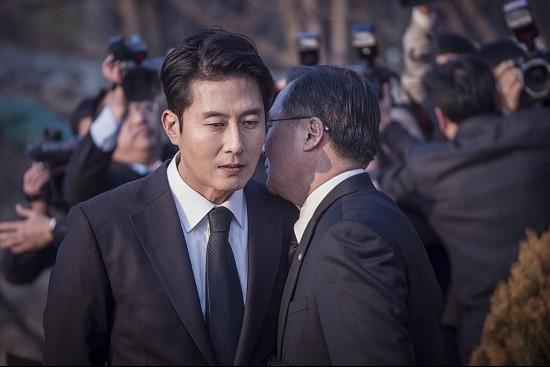 On January 11th, Home Sweet Home (working title) starring SON Ye-jin and KIM Joo-hyuk wrapped up its shoot. The two actors reunited after six years after performing together in My Wife Got Married (2008).
Happily married politician Jong-chan and his wife Yeon-hong look forward to entering the national assembly. While it seems like that dream is within their reach, the couple gets involved in a terrible incident while running Jong-chan’s election campaign.
After starring in many signature romance films such as The Classic (2003) and A Moment to Remember (2004), SON Ye-jin has recently started to venture into new and different genres. Following her first thriller in 2012 with Blood and Ties, SON will challenge herself once again by playing the wife, Yeon-hong. As her husband, Blue Swallow (2005)’s KIM Joo-hyuk will play Jong-chan. KIM had a four year hiatus before Home Sweet Home, and many fans are looking forward to his return. LEE Kyoung-mi of Crush and Blush (2008) has taken the director’s chair.
Home Sweet Home is currently in post-production and is scheduled to be released in 2015. CJ Entertainment will be distributing the film.
Any copying, republication or redistribution of KOFIC's content is prohibited without prior consent of KOFIC.
Related People Related Films Related Company