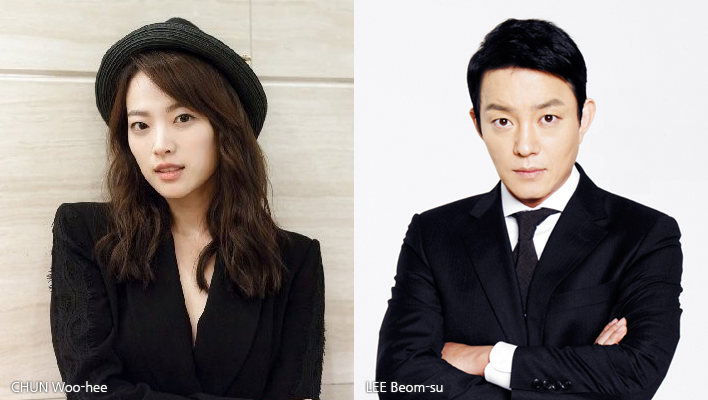 Han Gong-ju
star CHUN Woo-hee continues to be in demand, having just signed on as a lead in the upcoming film Beauty Inside. Featuring alongside her in the high concept project will be veteran performer LEE Beom-su. The new project will feature CHUN and LEE both playing Woo-jin, a character who changes appearance when he wakes up. He falls in love with Yi-soo but keeps turing into different people.
Though CHUN has been an active film performer since 2007’s Herb, her career was afforded a big boost thanks to her starring role in the hit indie Han Gong-ju, which debuted at the Busan International Film Festival in 2012 and went on an award-winning streak on the global film festival circuit. CHUN will next appear in Gokseong, the third film of director NA Hong-jin (The Chaser, 2008). Her prolific co-star LEE was last seen as the antagonist in this summer’s The Divine Move. In addition, HAN Hyo-Joo, YOO Yeon-Seok, LEE Jin-Wook and PARK Seo-Joon are all considering supporting roles.
Taking the directing reigns will be rookie BAEK Jong-yeol and shooting is slated to start next month, pending the completion of casting. Next Entertainment World, the film’s financier and domestic distributor, will release Beauty Inside next year.