Aug 06, 2013
The Comic Action Film Is Ready for September Release 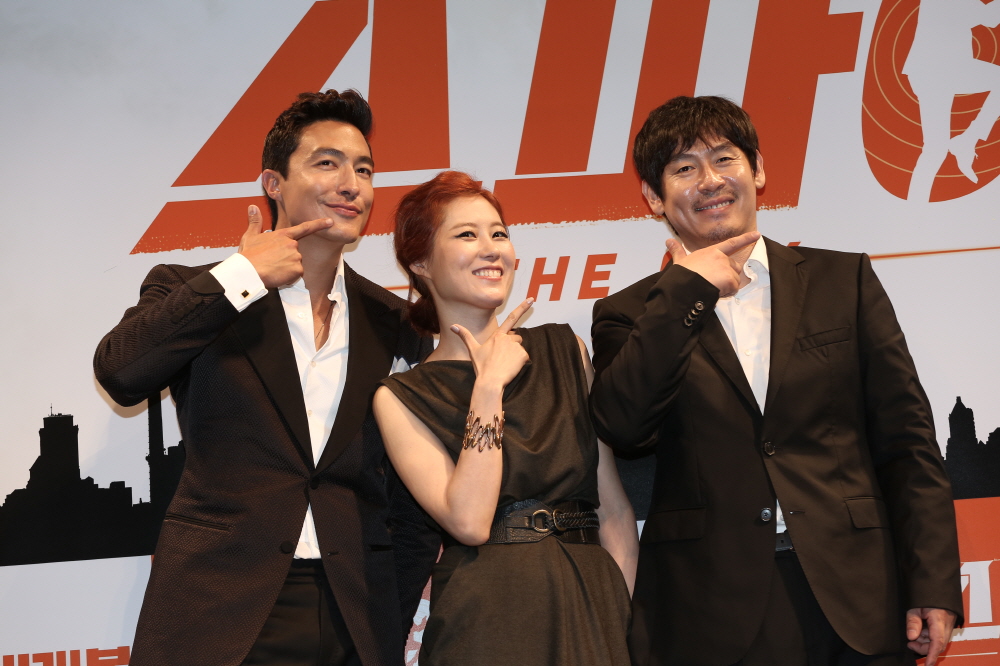 A production press conference for The Spy: Undercover Operation was held at Apkujeong CGV on July 5th. The comic action film, a Korean version of Mr. and Mrs. Smith (2005), is produced by JK Film and CJ Entertainment. The Spy: Undercover Operation recounts the funny and exciting adventure of KIM Cheol-su (SEOL Kyung-gu), Korea’s best secret agent, his wife Yeong-hee (MOON So-ri), who does not know that her husband is a secret agent, and Ryan (Daniel Henney), a mysterious man who hangs around Yeong-hee.
The Spy: Undercover Operation, with its production budget of nearly KRW 10 billion (USD 8.9 million), is the first film to co-star SEOL and MOON in 11 years since Oasis. The box-office success of Public Enemy (2002), Silmido (2003), Haeundae (2009) and recent hit Cold Eyes catapulted SEOL to stardom as a popular Korean actor. For her part, MOON has starred in A Good Lawyer’s Wife (2003), Bewitching Attraction (2006) and Forever the Moment (2008). In addition, Daniel Henney joined the film, making headlines from the beginning of its production. Henney also starred in The Last Stand, the Hollywood debut by director KIM Jee-woon from earlier this year.
The Spy: Undercover Operation was originally going to be directed by LEE Myung-se, who previously directed Nowhere to Hide (1999) and Duelist (2005), under the title Mr. K. However, LEE abandoned the project due to a difference in opinions with the production company. In lieu of LEE Myung-se, director LEE Seung-joon took the helm of the film. LEE worked on Haeundae and Quick (2011) as an assistant director. “MOON is graceful. Sometimes, she plays a tomboy very well,” said SEOL about MOON. “I wanted to demonstrate my talent while reminding myself of what I have learned in the film industry,” said director LEE about his directional debut film. The film will target the Chuseok Holiday in September for release.
Any copying, republication or redistribution of KOFIC's content is prohibited without prior consent of KOFIC.
Related People Related Films Related Company