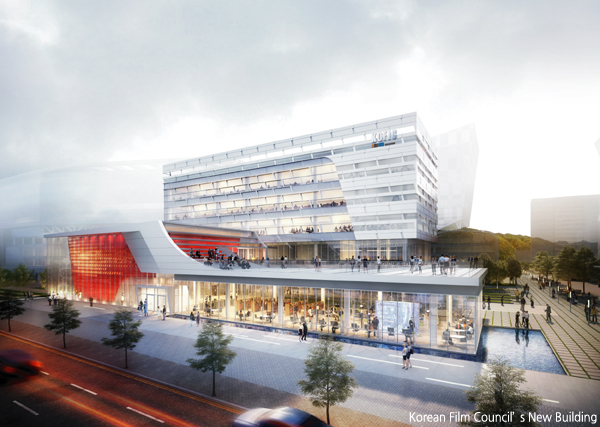 The Korean Film Council (KOFIC, Chairman OH Seok Geun) has begun planning for its new building. KOFIC held a briefing session at its current office at Dongseo University, Busan on February 7 to discuss the design of the new building with executives and employees.
KOFIC’s new building will be located between the Busan Cinema Center and the Busan Cultural Content Complex. It will be five stories with an additional level of below ground and will include basement garage, film archives and standard projection rooms on the first and second floor and work places from the third through fifth floors. KOFIC plans to finalize the building’s architectural design by the end of August and has targeted September 2020 as the structure’s completion date.
“KOFIC’s new building is expected to be the new face of KOFIC for Korean films to the world, beyond the Asia.” Chairman OH said.
Any copying, republication or redistribution of KOFIC's content is prohibited without prior consent of KOFIC.
Related People Related Company Related News