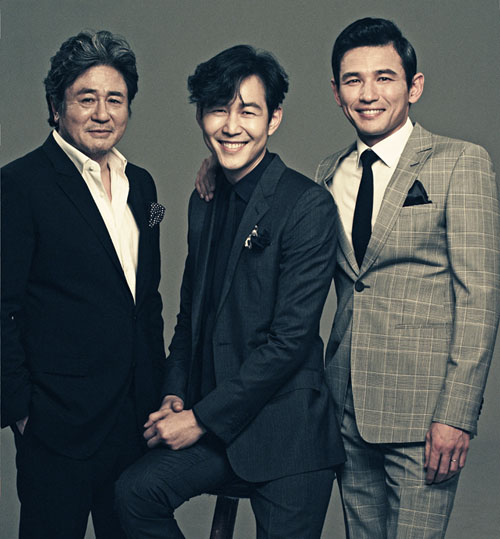 According to director PARK Hoon-jung, New World is a movie about politics by gangsters. That’s right. The world in the film is mixed with loyalty, betrayals and dilemmas. It's full of violence and blood, as well. The three actors are so convincing that spectators will believe that the characters they play and the world they inhabit are real. New World comes comes to life with the mature performances of its three leads and will likely elicit gasps from audiences at theaters.
Photographed by Jono LEE
CHOI Min-shik - Watching Not a Tree but a Whole Forest
CHOI Min-shik is a master of acting. He exhibits this once again with New World. Now we should not only pay attention to his acting . It is time to carefully observe th eperformance of an actor who sees not a tree but a whole forest. 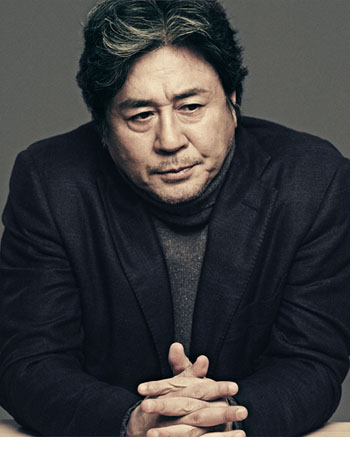 - You must have found your character in the film very attractive. What made you think that this film would be an extraordinary work?
The story is simple except that it reminds of Internal Affairs (2003). I told director PARK about it. “In that manner, too many films are similar to one another, right?” director PARK told me. That makes sense. So I read the screenplay with more interest, studied the characters and found them interesting. Then I thought not only about myself but the entire cast. I like director PARK very much. Director PARK is excellent at designing his work and works very efficiently. I think it is premature to judge him on the basis of his sole previous work, The Showdown (2011).
- It was said that you yourself recommended LEE Jung-jae. Why?
Personally, I thought that a cool guy should play LEE Ja-sung in the film. Then an idea flashed across my mind. This was that LEE Jung-jae would be perfect for the role. But some worried about casting LEE as he was planning to act in a TV series. I insisted that we should call LEE first. We immediately called him. LEE was scheduled to sign a contract for the TV drama on that day of all days. I told LEE to make a decision after reading a screenplay that I would send him. “HWANG Jung-min and I are not as important as you in this project. Then think about it,” I added. (Laughs) Some actors refuse to play roles less important than younger actors. That kind of attitude is old fashioned and absurd. Actors should select their works by taking a long-range view of their works and careers. They need to have a more flexible attitude. Old actors become greater actors by expanding the scope of their acting. In this fashion, Korea will be able to have its own Alain DELON. It is one of the audience’s prerogatives to watch actors become more dignified and enhance their own attractiveness as they become older. I wanted New World to be a distinguished film. Actors and actresses are essential for making distinguished films.
- Are you very good at reading other people’s minds?
Well, I am not bad. (Laughs) I easily trust people. I am simple so I hate thinking too hard. I hate being ambivalent.
- Now you are shooting Myeong-Ryang (working title). You are playing another planning role in production of the next work, right?
Right. Admiral LEE Sun-shin of the Joseon Dynasty was a strategist. So I felt some burden. There is no reason why I should play the great admiral if the character is simply the hero LEE Sun-shin. Admiral LEE was a lonely man. In my opinion, Admiral LEE was not a dauntless leader but a resourceful one. Admiral LEE was lonely as he had trouble sleeping due to a nervous breakdown, suffered from diseases and had to fight uphill battles. This means that Admiral LEE was very humane. The film will depict how humane he was.
by LEE Eun-sun
HWANG Jung-min - Knows the Real Taste of Acting
HWANG Jung-min said that his character JUNG Chung is like a rainbow. This means that he has many characteristics. HWANG, who plays a man with strong versatility in the film shows the breadth of his acting experience. 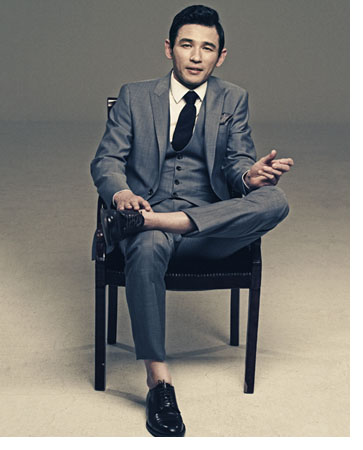 - Your character has an eager desire for a new life and world.
JUNG Chung has mysterious pathos. JUNG was a good-for-nothing at a traditional market in a rural town. He rises to the number-two position of the Gold Moon Group, an organized crime ring. The movie begins at that point. That premise is the core of the character. I wanted to express JUNG as a character with various colors. President BAEK in A Bittersweet Life (2004) is a simple character whereas JUNG is more complicated. In fact, President BAEK appears in A Bittersweet Life only four times. Audiences love the character so much so I wanted to act as him better. So New World was like one more chance was given to me.
- JUNG Chung seems somewhat light. But, in fact, the character is powerful.
That is right. JUNG is very playful and at the same time, brutal. Even at important moments, he enjoys making a joke. Such is the allure of JUNG Chung. In his first scene, JUNG wears a white suit and sleepering gear for airplanes at an airport. His henchman is holding his shoes. This matches him well. I wanted to make audiences think, “Who the hell is that guy?” when I appear for the first time in the film. I expressed JUNG through one strong image without saying anything. About 50% of my dialogue was improvised.
- How similar are you to the character?
When I received the script, the producer told me that I fit for the role. “The only thing that you have to do is to swear in the film,” the producer told me. “Do you know what the most difficult thing in acting is,” I asked the producer. When I act, the most difficult thing is to show myself – HWANG Jung-min. It is extremely difficult for me to see me objectively. Even after I turned 40, it is still very difficult.
- Do you know the taste of acting now?
I have enjoyed acting more since I turned 40. Everything became more comfortable. In my 30s, I acted as if I fought in a battle. Now I feel great as I work as a more mature actor. It is like thinking, “Ok, fine,” even after hearing “Your acting is not good.” The more I think that I have to act well, the more unnatural my acting becomes. Audiences already know that I can act well. I cannot do better.  All I have to do is enjoy acting. Having fun is important in my acting. In a sense, that means I feel comfortable. I do not want to act until I die. I want to do something different some day. This is because we only live once.
by JUN Jong-hyuk
LEE Jung-jae - Finds a Breakthrough in a Dilemma
LEE Ja-sung in this film is a man with a dilemma. The character is involved in two worlds – the police and an organized crime ring. But he does not feel free in either. Actor LEE Jung-jae played the man who suffers from this agonizing dilemma in New World. 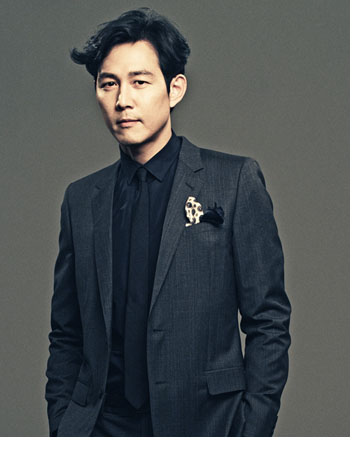 - You acted in a male-oriented movie for the first time in a while, right?
Well, yes. Eight years have passed since my previous male-oriented film Typhoon (2005). I got a call from CHOI Min-shik when filming of The Thieves (2012) was in its final stage. “There is a new movie project, New World starring HWANG and me. We are looking for an actor who will play a character called ‘Ja-sung’,” CHOI told me. Male actors have a desire to show action in a powerful movie, right? I was attracted to New World as it is an infrequent noir film. I like this work as it is earnest although it is less complicated.
- How did you approach your character?
Ja-sung is a cop but infiltrates a crime ring by hiding his true identity. In the ring, Ja-sung feels for JUNG Chung (HWANG Jung-min). But Ja-sung is torn between the two worlds as he has a mission. Ja-sung is a man who sometimes wants to quit everything including spying on the crime ring. But he cannot. The character becomes more involved in the ring. Ja-sung has a desire to escape from a certain world but ought to stand it. So I told director PARK, “I feel as if I were acting not in a noir film but in a melodrama.” “Right, I want that feeling,” director PARK answered. (Laughs)
- Was New World a time for thinking about the presence of a man?
Definitely I felt a kind of force. That is something powerful that only men can have. You feel your blood boil when you hear words like loyalty, desire and power, right? New World is such a movie to men. Everyone falls in a dilemma in their lives. If a person confronts a dilemma of choosing one, it will be troublesome and painful. Ja-sung also struggles to find a breakthrough among tough guys.
- In the early days of your career, you acted mainly in melodramas such as Il Mare (2000) and Interview (2000). But recently, you have acted mainly in action thrillers such as The Thieves and The Face Reader. Did you change your standards to select your films?
Well, frankly speaking, I have no idea. My old image was soft and my current image is tough. So, has my image changed? I think that I cannot answer this question yet. I think I need two or three more years to find out the answer after playing more characters. Maybe, I will be able to find a proper color for myself after playing many roles. But one thing is clear. Now I am sure that acting is not to play a character or become attracted to a character but to assimilate within a character.
by JI Yong-jin