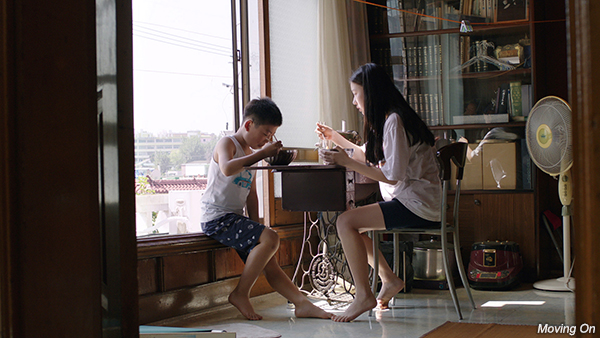 Yun Dan-bi's Moving On passed the 10,000-admission mark on August 26, a week after its release (16,154 as of September 12, 2020). Although 10,000 viewers would have hardly been enough to be considered a commercial success in any other year, considering the box office figures of independent and arthouse films in recent years, this is indeed a meaningful achievement in that it was attained while level 2.5 of social distancing was implemented in Korea to curb a new COVID-19 surge. In addition to the fact that the film attained a certain threshold despite the novel coronavirus, the reason Moving On is drawing attention is that this film encapsulates all the trends Korean independent and arthouse films have seen over the past few years.
From male youths to the women 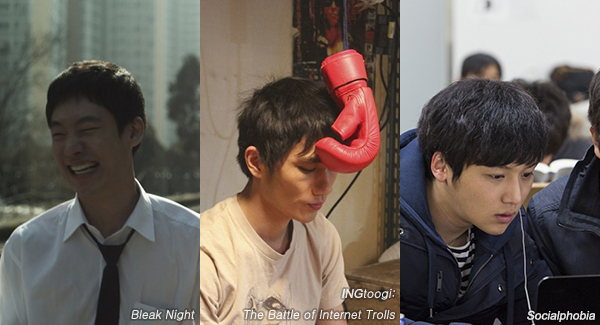 Korean independent and arthouse films have long been filled with “youth narratives” coming from young male directors. This “youth” was, however, largely limited to men. In particular, since the early 2010s, young men-led stories have positioned themselves, with the help of the Korean Academy of Films (hereinafter referred to as KAFA), as the typical narrative found in Korean independent and arthouse films. YOON Sung-hyun Bleak Night (2011), which brought in 26,020 spectators, contributed greatly to this. Since then, KAFA has churned out action and thriller films centered on male characters, such as INGtoogi: The Battle of Internet Trolls (2013) by UM Tae-hwa (2013), Socialphobia (2015) by HONG Seok-jae, and The Boys Who Cried Wolf (2016) by KIM Jin-Hwang, and audiences gave then a warm welcome. In particular, Socialphobia sold 249,169 tickets, ranking 3rd in the Korean independent and arthouse films charts in 2015.
It was in 2019 that women-centered narratives in Korean independent and artistic films began to be met with rapturous acclaim from the audience. Not only was KIM Bora's House of Hummingbird sweeping the awards at film festivals all around the world and being the talk of the town, it was also a commercial success at home with 144,255 entries. At around the same time, A Resistance, starring KO Asung and KIM Sae-byuk, gathered more than 1.16 million people and ranked first in the independent/arthouse film charts. With films like Moonlit Winter, starring KIM Hee-ae, YOON Ga-eun’s The House of Us , YI Ok-seop’s Maggie, HAN Ka-ram’s Our Body and documentary film My Name is Kim Bok-dong, female protagonists of diverse generations appeared on the screen and received the support of audiences and critics alike. 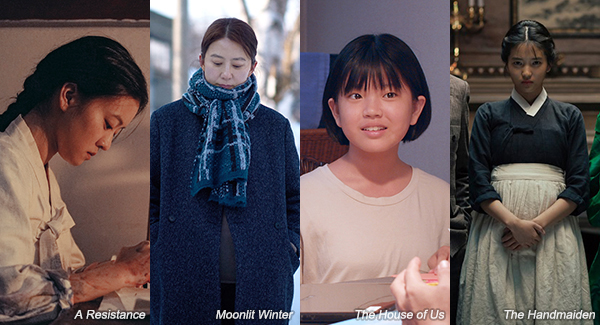 The Korean independent and arthouse films released last year are sufficient to warrant the assertion that women's narratives have become a general trend, and the narrative characteristics of these works also represent the sum of the changes the industry has seen over the previous years. The Bacchus Lady (2016), which Director E J-yong made in collaboration with KAFA and starred YOUN Yuh-jung, managed to draw in more than 120,000 viewers with an unconventional narrative that introduced a grandmother who is well into her sixties as the main character, and storylines with women protagonists became more prominent with films such as Worst Woman (2016), starring HAN Ye-ri, and the PARK Ji-young vehicle The Queen of Crime (2016). YOON Ga-eun's The House of Us (2019) was also particular in that it promoted teenage girls to the rank of protagonists and recorded close to 48,000 admissions. 2016 was also the year when female narratives proved to be a force to be reckoned with in the mainstream; The Last Princess, starring SON Ye-jin, sold 5 million tickets, while The Handmaiden, led by KIM Min-hee and KIM Tae-ri, scored 4 million admissions and Familyhood, which featured KIM Hye-soo, filled 2 million seats. E.oni’s MISSING and LEE Kyoung-mi’s The Truth Beneath were also acclaimed by the critics upon their release. In addition, the #MeToo movement in the film industry that kicked its stride in 2017 and popular interest in feminism fundamentally shook the Korean independent and arthouse film market. It was only then that women in their 20s and 30s, the main consumer group of popular culture, have begun to embrace their own stories rather than those of male youths.
International response finds a resonance in Korea 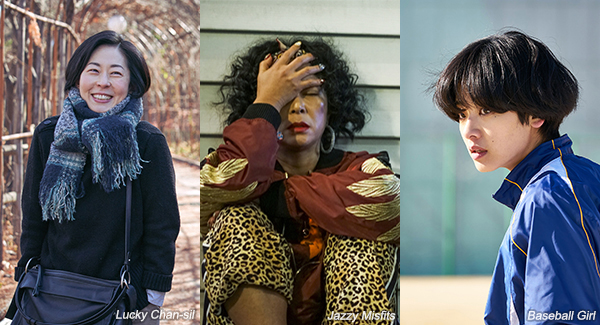 This new trend in Korean independent and arthouse films whereby women's stories have become the dominant narrative shows no sign of slowing down this year. CHOI Yun-tae’s Baseball Girl, with LEE Joo-young in the lead and Kim Cho-hee’s Lucky Chan-sil, starring GANG Mal-geum, were both commercial hits, with 30,000 and 20,000 sales, respectively – and managed to do so in a market extremely contracted due to the pandemic. Titles such as The Land of Seonghye, starring SONG Ji-in, Jazzy Misfits, which sees CHO Min-soo and KIM Eun-young sharing top billing, and KIM Hee-jung’s A French Woman, headlined by KIM Ho-jung, also received favorable reviews.
In many ways, House of Hummingbird (2019) played an important role in Korea’s indie and arthouse scene. While its domestic box office performance is noteworthy, its critical accomplishments are astonishing. There was a time when, for film aficionados around the globe, “Korean arthouse cinema” was just another name for HONG Sang-soo, LEE Chang-dong and KIM Ki-duk. Yet, critics from the world over are now taking notice of Korean women directors. This is thanks in no small part to KIM Bora’s House of Hummingbird (2019), which picked up 59 awards at film festivals abroad. Interestingly enough, Moving On seems to be following a similar course. Both films showed a similar pattern on the festival circuit, in that they won numerous awards, including the NETPAC Award, at the Busan International Film Festival a whole year before their theatrical releases, and by the time they hit Korean theaters in August of the following year, they were already backed up by a large number of invites to film festivals abroad and the high praises they had received there. Of course, it would be ill-advised to judge Moving On on equal footing with House of Hummingbird (2019), as the latter set a new record with 59 trophies from film festivals. However, there is no doubt that in a year where the vast majority of film festivals had to be moved online or cancelled altogether due to the pandemic, Moving On has been putting up a good fight on the festival circuit. Moving On won the Bright Future Award at the International Film Festival Rotterdam and was later invited to the Vancouver International Film Festival and the San Sebastian International Film Festival. LIM Sun-ae’s An Old Lady, starring YE Soo-jung, is another instance of a film whose stature was enhanced significantly as its selection for film festivals around the world and international distribution deals were reported, and this was later used as another marketing tool for its release at home. 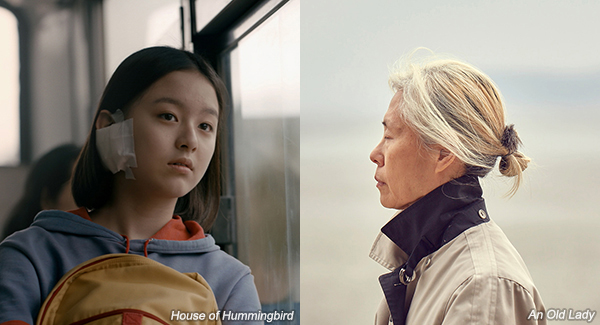 Today's filmgoers in their 20s and 30s (especially female audiences), who use social media on a daily basis and consider themselves to be the target audience for advertising, react quickly when a film earns a prize from a film festival abroad – and not just when it is a major film festival, but also the smaller and more unique ones. Besides, as said earlier, the cheers always become more passionate when it is a women-led narrative that earns such honor. This group of people is rooting more than anyone else for the Korean independent and arthouse films that speak for them and show their stories, their present, to the world.
Any copying, republication or redistribution of KOFIC's content is prohibited without prior consent of KOFIC.
Related People Related Films Related Company