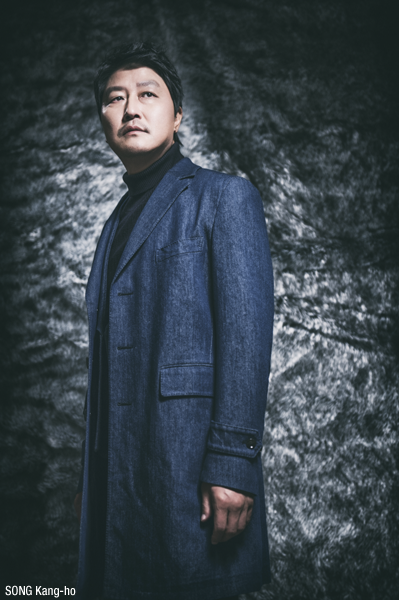 Legendary star SONG Kang-ho has become the first leading actor in Korean cinema to record over 100 million admissions throughout the course of his career. The actor crossed the mark with the success of his latest hit, KIM Jee- Chuseok smash The Age of Shadows, which is currently just over the 7.4 million viewer mark and is still screening in theaters.
Formerly a stage actor, SONG debuted in cinema 20 years ago in The Day A Pig Fell Into A Well (1996), the first film by indie director HONG Sang-soo. His first box office success were the 1997 gangster dramas No. 3 and Green Fish and KIM Jee-woon’s debut film The Quiet Family in 1998. In 1999 he scored his first blockbuster success with , the film heralded with ushering in the modern era of the Korean film industry, and the actor has been knocking out smash hits ever since.
The star’s biggest titles include his collaborations with PARK Chan-wook, such as Joint Security Area / JSA (2000), Sympathy for Mr. Vengeance (2002) and Thirst (2009), those with BONG Joon-ho, which comprise Memories Of Murder (2003), The Host (2006) and Snowpiercer (2013), as well as diverse titles such as Secret Reunion (2010), The Face Reader (2013), The Attorney (2013) and last year’s The Throne.
Prior to SONG, the first actor to record over 100 million admissions at the box office was supporting star OH Dal-, who achieved the feat early in 2015. SONG is now working on several projects, including the currently filming Gwangju massacre drama Taxi Driver alongside German star Thomas Kretschmann.
Any copying, republication or redistribution of KOFIC's content is prohibited without prior consent of KOFIC.
Related People Related Films Related News