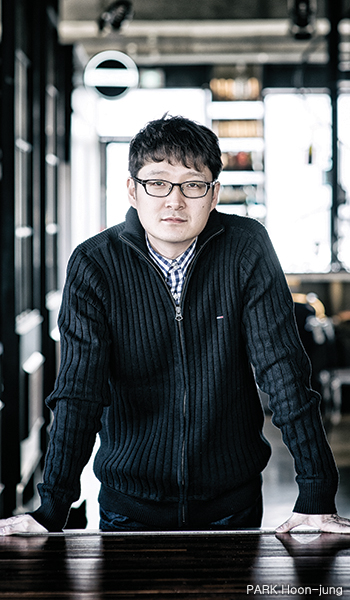 STUDIO&NEW, a production arm of the major Korean investor and distributor Next Entertainment World (N.E.W.), has signed a pact with writer-director PARK Hoon-jung’s production company Goldmoon. The partnership, which will be supported by an equity investment contract, will encompass both big and small screen content.
The alliance will cover film and TV projects that stem from the original intellectual property from both companies. With STUDIO&NEW’s production knowhow and Goldmoon’s content creation capabilities, the partnership, while will include a planned prequel series to the hit New World (2013), will seek to navigate the rapidly content creation waters, which now includes the exploding online streaming market.
First known as a writer on RYOO Seung-wan’s The Unjust (2010) and KIM Jee-woon’s I Saw the Devil (2010), PARK debuted as a filmmaker on the period film The Showdown (2011). He then struck box office gold with gangland smash New World (2013), with LEE Jung-jae, CHOI Min-shik and HWANG Jung-min before partnering again with CHOI on The Tiger (2015), both of which were distribute by N.E.W.. PARK then partnered with Warner Bros Korea for the serial killer thriller V.I.P. (2017) and the action-thriller The Witch : Part 1. The Subversion (2018). His most recent film, the gangster drama Night in Paradise (2019), debuted at the Venice International Film Festival earlier this year.
Since its formation, STUDIO&NEW has been responsible for hit series such as Descendants of the Sun (2016) and films like the period siege action-drama The Great Battle (2018).
Any copying, republication or redistribution of KOFIC's content is prohibited without prior consent of KOFIC.
Related People Related Films Related Company