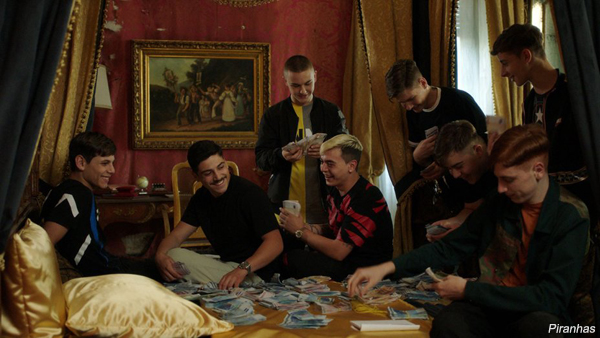 This year’s Jeonju International Film Festival, which revealed its program earlier this month, will open with Claudio GIOVANNESI’s Italian crime drama Piranhas on May 2. The 20th edition of the festival, which will run until May 11, is set to close with Guy NATTIV’s drama Skin from the United States.
JIFF will present a total of 202 feature films and 60 shorts from 56 nations in 2019. Among those are 11 features in the international competition and 10 for the Korean competition, which were selected from 104 local hopefuls.
Some of the recognizable titles screening at this year’s festival include Barry JENKINS’ If Beale Street Could Talk in ‘World Cinemascape’; Exchange Diary, a Korea-Japan co-production by director IM Heung-soon and MOMOSE Aya screening in the ‘Korea Cinemascape’; and various big world cinema names in the Master section, such as Francois OZON’s By the Grace of God, Nanni MORETTI’s Santiago, Italia and Michael WINTERBOTTOM’s The Wedding Guest.
To celebrate the 100 year anniversary of Korean cinema, JIFF will present two retro programs. ‘Another Upspring of Korean Cinema’ comprises 12 works from the biggest names in classic cinema, ranging from SHIN Sang-ok’s The Flower in Hell (1958) to JANG Sun-woo’s A Petal (1996), while ‘Wild at Heart’ examines the modern renaissance of the industry through 14 titles, from KIM Jee-woon’s The Foul King (2000) to NA Hong-jin's The Yellow Sea (2010).
Other special programs this year include the ‘Star Wars Archive’ and a retrospective on Swedish director Roy ANDERSSON.
All these films join the previously announced Jeonju Cinema Projects: JEON Jee-hee’s Somewhere in Between, KO Hee-young’s The Breathing of the Fire, KIM Jong-kwan’s Shades of the Heart and Isadora’s Children from French director Damien MANIVEL.
Any copying, republication or redistribution of KOFIC's content is prohibited without prior consent of KOFIC.
Related People Related Films Related Company Related News