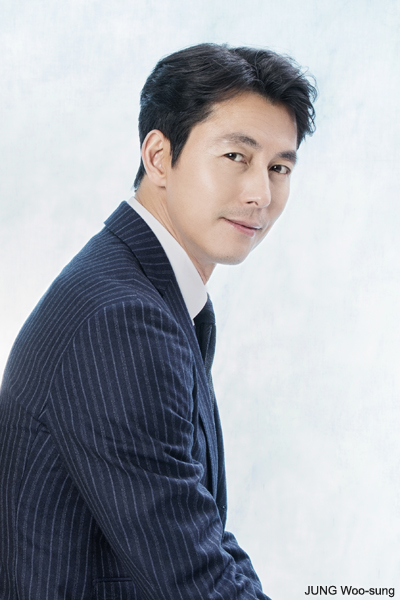 Korean superstar JUNG Woo-sung has ventured behind the camera before for several short films, but the actor now appears set to make his feature-length filmmaking debut. JUNG’s first film as director will be the Joseon Era action drama Agent Scholar (working title).
The film has been described as a Korean-period spin on the successful Kingsman spy-action franchise, which has been enormously successful in Korea. JUNG is preparing the project with his agency Artist Company.
JUNG revealed his plans during a round of interviews for his latest feature, the legal drama Innocent Witness, in which he co-stars with KIM Hyang-gi. He mentioned that he feels he would be well suited to the period action genre and also cited preparations for Agent Scholar as the reason why he has not selected another starring role beyond the parts he has already completed.
The actor-turned-director has so far helmed several music videos and short films, including The Killer Behind the Old Man in 2014, which was included in the Hong Kong International Film Festival-commissioned omnibus Three Charmed Lives. In addition to his short films, JUNG also served in 2015 as a producer on the feature-length romantic thriller Remember You (2016), in which he co-starred with KIM Ha-neul. Meanwhile his recent starring roles include The King (2017), Steel Rain (2017) and KIM Jee-woon’s ILLANG : THE WOLF BRIGADE (2018).
Any copying, republication or redistribution of KOFIC's content is prohibited without prior consent of KOFIC.
Related People Related Films