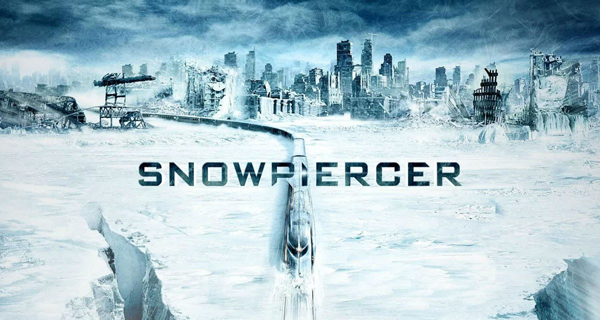 An American TV adaptation of BONG Joon-ho’s sci-fi opus Snowpiercer (2013) has been ordered to series by the TNT cable channel in the United States. The series is being headlined by Requiem for a Dream star Jennifer Connelly and will also feature Daveed Diggs and Mickey Sumner.
Tomorrow Studios and TNT’s Studio T, along with CJ Entertainment, the company behind BONG’s film, produced a pilot for the show, which was written by Terminator: The Sarah Connor Chronicles scribe Josh Friedman and directed by Scott Derrickson, who helmed the Marvel title Doctor Strange in 2016. TNT has now given the project a full season commitment by ordering 10 episodes.
Based on the French graphic novel ‘Le Transperceneige’, Snowpiercer starred Chris Evans, Tilda Swinton, SONG Kang-ho and KO Asung in a post-apocalyptic scenario in which the remnants of the human race reside aboard a train perpetually circumnavigating the globe after an ice age almost wiped out humanity. The well-reviewed film was the fifth by BONG, who is known for works such as Memories of Murder (2003), The Host (2006) and most recently Okja, which bowed in competition at the Cannes Film Festival last year.
The show is executive produced by Tomorrow Studios’ Marty Adelstein and Becky Clements, as well as BONG Joon-ho, PARK Chan-wook, LEE Tae-hun and CHOI Doo-ho, the creators behind the 2013 film.
Any copying, republication or redistribution of KOFIC's content is prohibited without prior consent of KOFIC.
Related People Related Films Related Company Related News