Starring SUL Kyung-gu and CHUN Woo-hee, I WANT TO SEE YOUR PARENTS’ FACES Cranks Up

Sep 19, 2017
Based on a Japanese Theatrical Play adapted to Korean School Reality 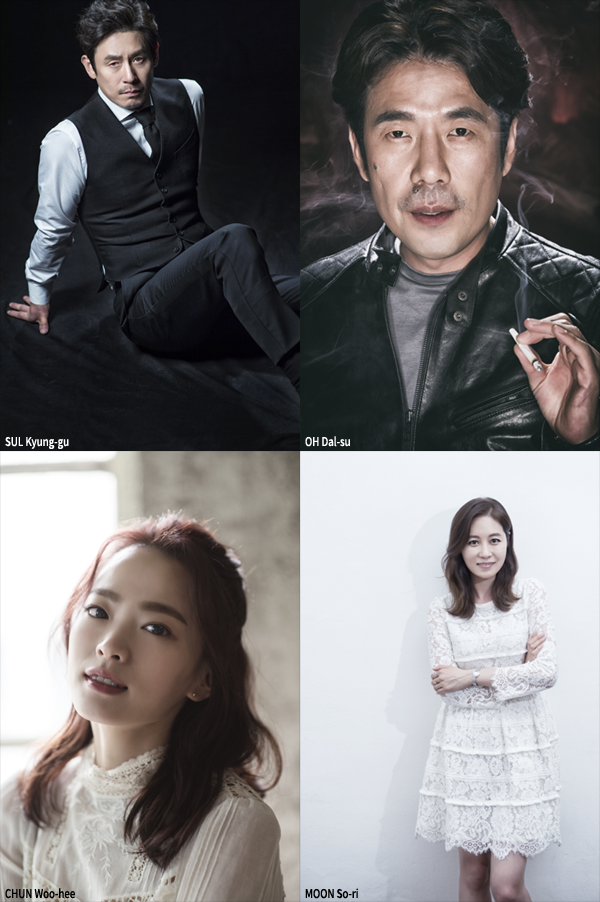 Currently at the top of his game with hits The Merciless and MEMOIR OF A MURDERER, SUL Kyung-gu’s looks to extend his streak with upcoming film, I Want to See Your Parents’ Faces (translated title) which has completed filming.
Director KIM Ji-hoon, previously known for blockbusters such as May 18 (2007) and The Tower (2012), started shooting I Want to See Your Parents’ Faces in May and cranked up on August 27th, 2017. It is co-produced by The Tower Pictures and 20th Century Fox International Productions and will be distributed by 20th Century Fox Korea.
Based on a Japanese play of the same name by HATASAWA Seigo, the film portrays school violence and bullying from the views of the perpetrators’ parents. The story’s setting has been changed to a prestigious middle school for the Korean adaptation of the film and begins when a student is found unconscious after writing the names of the students who victimized him, so their parents are called in to school.
MOON So-ri, who teamed with SUL in A Peppermint Candy (2000) and Oasis (2002) will appear in the film, along with OH Dal-su, GO Chang-seok and KANG Sin-Il while CHUN Woo-hee plays the student’s homeroom teacher. In addition, teenage actors and actresses are expected to make appearances, such as SUNG You-bin, YOO Jae-sang, JUNG You-an and ROH Jeong-eui. Meanwhile, I Want to See Your Parents’ Faces is scheduled to be released in the first half of 2018.
Any copying, republication or redistribution of KOFIC's content is prohibited without prior consent of KOFIC.
Related People Related Films Related Company Related News