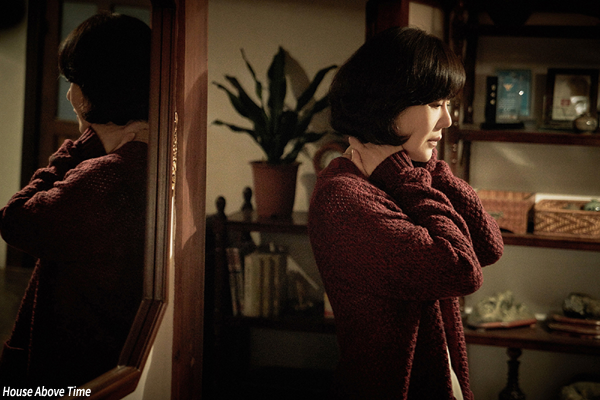 Actress KIM Yun-jin has wrapped production on House Above Time, her first film in three years, after she appeared as a co-star in the hit drama Ode to My Father, which became the second most successful Korean film of all time following its release in late 2014. The mystery-thriller from director LIM Dae-woong, co-stars K-pop idol OK Taec-yeon and completed its two month shoot on December 15th.
KIM plays a woman who returns to her home following 25 years of incarceration in the wake of the death of her husband and the disappearance of her son. The role demanded a sudden change from KIM who plays a warm character prior to the incident and becomes a cynical woman following her time in jail. JO Jae-yun features as her husband while OK played the character of a priest involved in the mystery.
Director LIM returns to feature Korean filmmaking for the first time since his 2006 horror debut To Sir, With Love. In the interim he has participated in the omnibus film Horror Stories (2012) and also helmed the Chinese production The Guest.
2PM member OK previously appeared in the romantic drama Marriage Blue (2013) and has appeared in several TV dramas. Actor JO recently appeared in Inside Men (2015), Mood of the Day and INSANE.
House Above Time is expected to premiere in the first half of 2017.
Any copying, republication or redistribution of KOFIC's content is prohibited without prior consent of KOFIC.
Related People Related Films