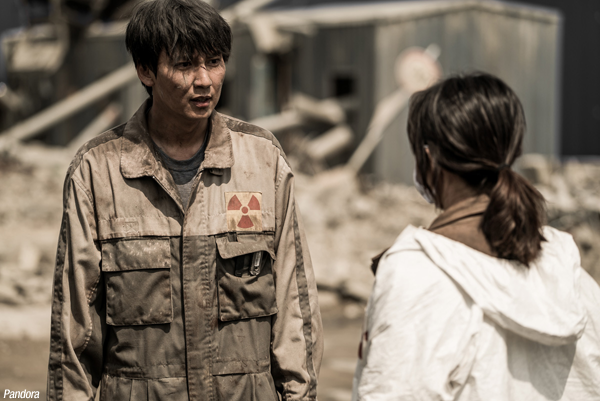 Disaster blockbuster Pandora has raised USD 600,000 through crowdfunding for the first time in domestic film history. The film launched its campaign on the biggest crowdfunding platform in Korea, Wadiz on November 3rd, and has raised USD 600,000 in thirteen days as of November 17th, which is the maximum amount permitted by law in the investment type of crowdfunding.
Moreover, 379 people have contributed to the film’s crowdfunding campaign, so it set record to have the largest number of funders among the total crowdfunding projects. Pandora’s reward-based crowdfunding is ongoing on the Wadiz website.
Pandora was directed by Deranged (2012) director PARK Jung-woo, starring KIM Nam-gil (The Pirates, 2014), KIM Myung-min (Proof of Innocence, 2016), MOON Jeong-hee (Hide and Seek, 2013), KIM Young-ae (The Attorney, 2013) and JUNG Jin-young (King And The Clown, 2005). The film portrays ordinary people’s effort to prevent further disasters and to save their loved ones from damage to a local nuclear power plant due to a strong earthquake.
KIM Nam-gil plays Jae-hyuk who rushes into the accident scene to save his family, while KIM Young-ae takes role of his mother. Also, JUNG Jin-young performs a plant director who tries to stop the disaster, while KIM Myung-min does guest appearance as a president.
Meanwhile, Pandora, which will be released in December this year, has been pre-sold to online streaming and content giant Netflix for the first time in Korea. Netflix will distribute the film worldwide excluding Korea.
Any copying, republication or redistribution of KOFIC's content is prohibited without prior consent of KOFIC.
Related People Related Films