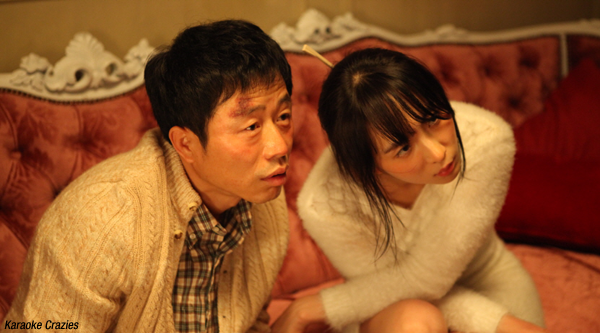 The Sitges International Fantastic Film Festival of Catalonia is leaning particularly heavily on Korean films this year, with 14 titles peppered throughout its 2016 program, including 13 features and one short. Five Korean films will compete in the festival’s signature Official Fantastic Competition.
Big names will be featured in the competition lineup, including NA Hong-jin, with THE WAILING, PARK Chan-wook’s The Handmaiden and both YEON Sang-ho’s animation Seoul Station and live action smash TRAIN TO BUSAN. A new name at the festival also competing will be KIM Sang-chan with Karaoke Crazies.
KIM Jee-woon will feature in the Orbita section with his new Colonial Era smash The Age of Shadows along with IM Sang-soo’s Intimate Enemies, PARK Hoon-jung’s The Tiger and KIM Seong-hun’s Tunnel.
Also playing in the coastal town will be LEE Hae-young’s The Silenced in Seven Chances, the horror omnibus Horror Stories III in Panorama Fantastic and KIM Ji-hyeon’s Throttled in Anima’t Shorts. Finally, the open air Brigadoon section will also feature NA Hong-jin’s The Chaser and KIM Jee-woon’s The Good, The Bad, And The Weird, both from 2008.
Among the Korean guests at Sitges this year will be Tunnel actress BAE Doo-na, along with director KIM Seong-hun and Karaoke Crazies director KIM Sang-chan.
The 49th edition of the Sitges International Fantastic Film Festival will unspool from October 7th to 16th.
Any copying, republication or redistribution of KOFIC's content is prohibited without prior consent of KOFIC.
Related People Related Films Related News