Junior of GOT7 and Ji-woo Booked for SNOW FLURRIES 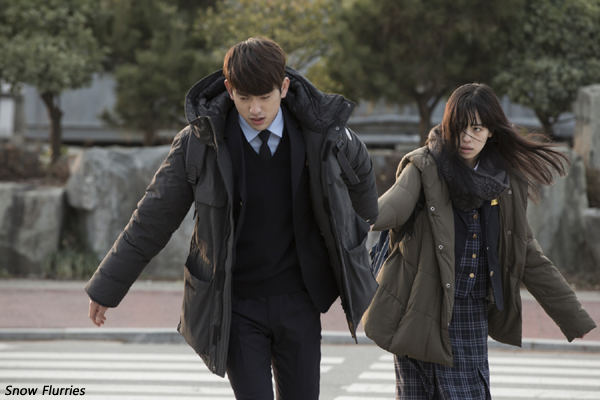 Junior of GOT7, a boy band, is making his screen debut with Snow Flurries (working title). This film, set in a small village in Goseong, Gyeongsangnam-do Province in the south of the peninsula, depicts the heart breaking story of a boy (Junior) who has just moved from a city, and a girl (Ji-woo) that he meets at his new school. She has been isolated in the village and victimized by the villagers’ violence, and these two kids find comfort in each other.
Junior has trained his acting ability in TV dramas including Dream High 2 (2012), When a Man Loves a Woman (2013), Dream Night (2015) and My Love Eun-dong (2015). Snow Flurries is Junior’s screen debut. The girl suffering from violence is to be played by Ji-woo who made an impressive screen debut in Villain & Widow (2010).
Director CHO Jae-min is a promising rookie who has previously received the Best Cinematography prize at Mise-en-scène Short Film Festival with his short Sign in the City of Sadness section.
Snow Flurries is the first work by Myung Films Institute founded in 2015 by Myung Films, and also the winner of Jeonju Cinema Project which is the feature film production assistance program of Jeonju International Film Festival (JIFF). JIFF has changed the assistance recipient from short films to feature films. To seek a broader cooperation with various players in the film industry inside and outside Korea, it has agreed on collaboration with Myung Films Institute.
Production began on January 1st, and all the shooting is to be complete before the end of February. The premiere will be held during the 17th edition of JIFF, which opens on April 28th this year.