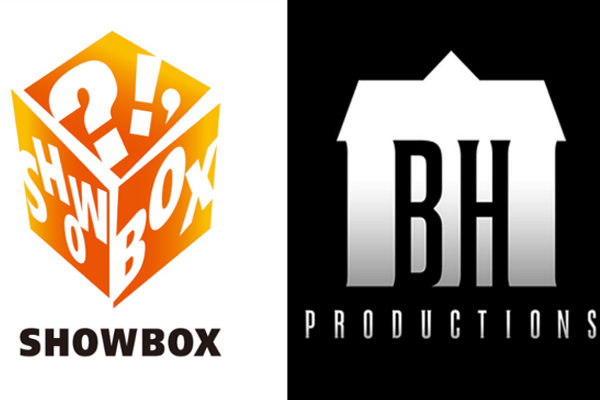 Korean major Showbox Inc., on a roll after their summer smash Assassination and Chuseok hit The Throne, have inked a five-year deal with US production house Blumhouse Productions and investor Ivanhoe Pictures, which will cover at least six Korean-language genre titles. The partnership will see Ivanhoe fully finance the late of horror-thriller films, while Showbox Inc. will oversee production, distribution and marketing.
Showbox Inc. CEO YOU Jeong-hun highlighted the partnership's “aim to recruit new writers and directors with unique ideas in Korea.” He added: “I hope this will become an opportunity to revive the Korean thriller/horror film market and for capable Korean producers, writers and directors to advance into Hollywood, reaching a global audience.”
Jason Blum, the CEO of Blumhouse, which has grossed more than USD 1.4 billion worldwide with its low-budget fare, stated that “We have always admired Showbox Inc. and are excited to partner with them on these co-productions while extending our relationship with Ivanhoe,” said Blumhouse CEO Jason Blum. “We look forward to bringing our love of genre to Korean audiences.”
Blumhouse and Ivanhoe recently joined with Phantom Films to produce local-language genre films for the Indian film market. The deal is also the second major international partnership for Showbox Inc., which earlier partnered with China’s Huayi Brothers for a three-year deal which will encompass at least six films. Showbox Inc. and Huayi previously worked together on 2013’s 3D family film Mr. Go.
Any copying, republication or redistribution of KOFIC's content is prohibited without prior consent of KOFIC.
Related People Related Films Related Company Related News