DRAMATIC ONE NIGHT Jumps into Production 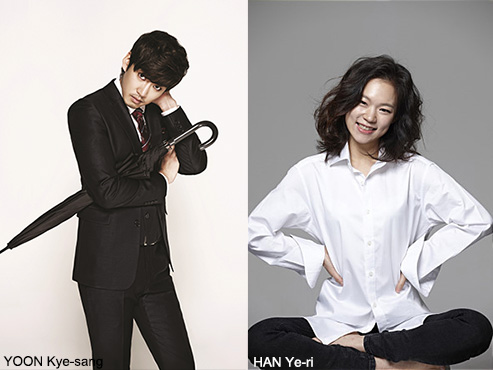 Dramatic One Night
(direct translation) has gone into production on February 22nd. YOON Kye-sang of Lovers of 6 Years (2007) and HAN Ye-ri of Haemoo, as well as JO Bok-rae of C’est Si Bon has confirmed for the project. Director HA Ki-ho is helming the production, who previously directed Radio Dayz (2007).
In Dramatic One Night, YOON and HAN become a couple after being dumped by their partners. They have a one night stand and fall in love in the romantic comedy. YOON plays the lead character Jung-hoon who has a hard time trying to get over his ex-girlfriend while HAN plays Si-hoo who ends up sleeping with a guy she met for the first time and is a newcomer in the realm of love games. JO Bok-rae who performed an impressive impression of singer SONG Chang-shik in C’est Si Bon has become a rising star and has also been called to act in a new thriller, Detective (working title).
The film is based on a famous theatrical play of the same title, which has put on shows for ten seasons since 2009. The play has been sold to West End and will likely be available to view at British theaters in the near future. The shooting is planned to wrap up in three months.
Any copying, republication or redistribution of KOFIC's content is prohibited without prior consent of KOFIC.
Related People Related Films