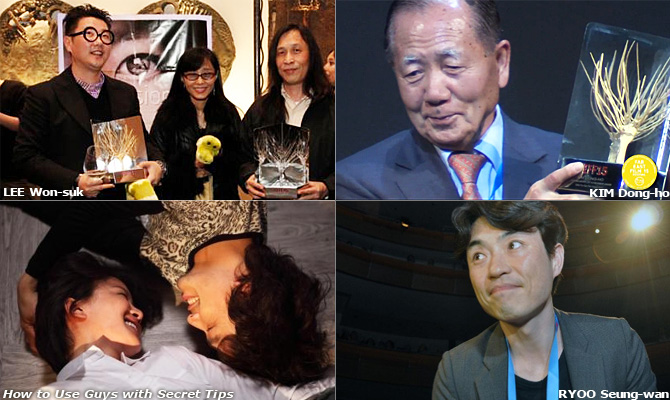 How to Use a Guy with Secret Tips, starring LEE Si-young and OH Jeong-se, won the Audience Award 2013 at the 15th Udine Far East Film Festival in Italy which opened on April 27th. Director LEE Won-suk received the Golden Mulberry Award. How to Use a Guy with Secret Tips, which opened in Korea on February 14th, is a romantic comedy about a TV commercials assistant director who falls in love with a Korean Wave star after coming upon a video tape titled "How to Use a Guy with Secret Tips."
Meanwhile at this year's Udine, director RYOO Seung-wan's The Berlin File was the opening film and Eungyo, Juvenile Offender, The Winter of the Year Was Warm, Jury, National Security, A Werewolf Boy, The Thieves, All About My Wife and Ghost Sweepers were screened. Honorary Festival Director of the Busan International Film Festival KIM Dong-ho, director of Jury received the Lifetime Achievement Award.
Any copying, republication or redistribution of KOFIC's content is prohibited without prior consent of KOFIC.
Related People Related Films Related Company