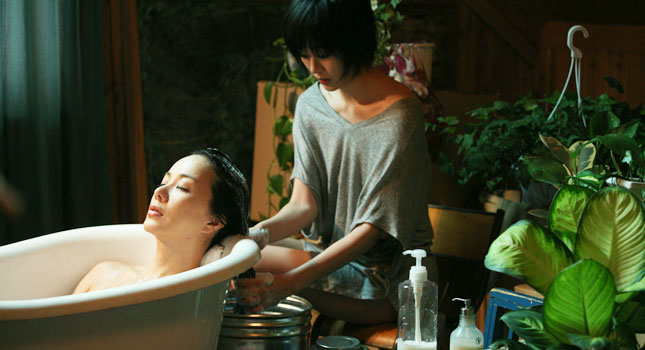 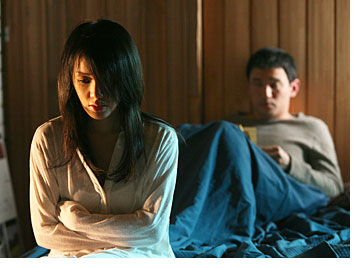 Jae-in, always in search of new stimulation, one day develops a secret and sadistic love with a friend of his wife’s. While Jung-ha prepares for immigration with her husband Jae-in, she gets to know the shocking truth that he has secretly been having an affair with her friend Na-ru.
MIN Kyu-dong, who drew 4.6 million spectators to theaters with All About My Wife, is back with a shocking melodrama. UHM Jeong-hwa, who appeared in Haeundae and Dancing Queen, KIM Hyo-jin, the leading actress of The Taste of Money and HWANG Jung-min, who acted in The Unjust and New World,star in this new film. The director MIN has gained the public's admiration by showing delicate, psychological and sensual direction through unconventional materials in every film he has made. Now that he is introducing a shocking adult story, expectations are high.
It is when Jung-ha (UHM Jeong-hwa) hears news about an accident involving her husband Jae-in (HWANG Jung-min) that she figures out he has been in a secret and dirty relationship with her friend Na-ru (KIM Hyo-jin), rendering her shocked and desperate. Later, when the ‘husband’s woman’ Na-ru appears in front of her, she feels uneasy. As a book writer, Jae-in has been looking for new stimulation to rouse him from his boring routine and secretly enjoys his hidden lover who inspires his work. It might sound too predictable up to this part, but a surprising twist is added.
The shocking drama is perfected as the desire of the man who wants stronger stimulation, passionate love and risky intercourse are mixed. The entwined relationship among the three characters and the story line full of suspense combined with a shocking secret create a sensation.
MIN read a book titled ‘The History of Eros’ while writing the scenario and thought every eros of the time is embodied as an actress. He introduced the film saying, “The eros of In My End Is My Beginning is not defined by physical features such as the extent of nudity or body curves, but by stimulation and the charm of infidelity within the actress.” 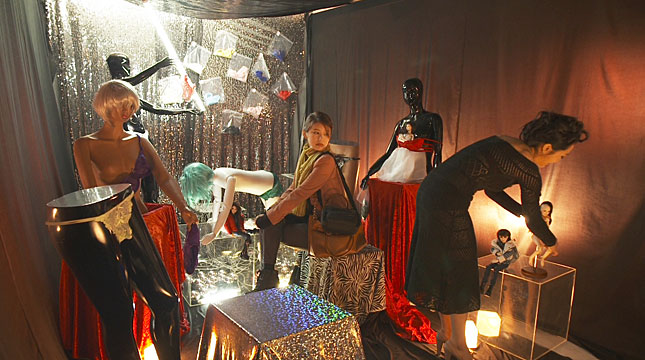 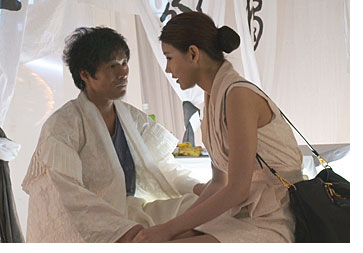 A 70-year-old senior and 14-year-old children open-heartedly and frankly talking about sex, the desire of a soldier facing death and a serial sex offender, and fully naked men and women who attend a blind date…. 20 stories about sex free from form and restrictions are put together.
This is an honest discourse about sex and the posthumous film directed by PARK Chul-soo, who recently passed away in a tragic accident. Director PARK made the film with the intention to boldly stand against the inequality of sex roles and the oppressive social structure and to bring up an honest discourse about sex with humor, wit, sarcasm and fury. He believed we need to approach the essence of sex such as sociology of sex, sex and religion, sex and philosophy and sex and politics. He refused artificial and boring narratives in Eating Talking Faucking, thus he accepted every possible genre and broke barriers as a result.
In each of the 20 chapters composing the whole film, he avoided uniformity and assigned different colors and styles. Every place used as the backdrop is not simply a set but a symbolic and connotative space. It’s not an omnibus or serial movie. It’s an unconventional experiment only PARK could have come up with. He didn’t even arrange the 20 episodes into conventional narrative constructions or forms. Some episodes are plugged into other episodes and seemingly irrelevant episodes are mysteriously connected.
Every episode contains frank and explicit expressions of sex. This is a means by which PARK directly expressed his philosophy about human instinct. OH In-hye shows her diverse acting styles from comedy to serious acting in 18 of the 20 episodes. She worked with PARK once before in Red Vacance Black Wedding. Her Janus-like sex appeal will captivate audiences.
Any copying, republication or redistribution of KOFIC's content is prohibited without prior consent of KOFIC.
Related People Related Films